How Google Search Changing Us? 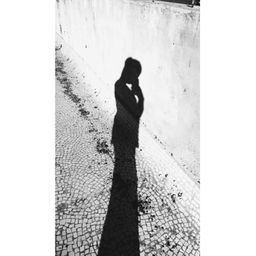 Despite the advancement of technology in the last decades, it seems like there is an app for everything. The concept of convenience is that we always look for a way to set new efficiencies in our lives. Luckily, developers have noticed this and created exceptional useful apps. However, it is difficult to find which app is worth downloading. Although to add an element of convenience, there are thousands of apps to choose from!

Here’s highlighting the best of Google Apps that will simplify your life.

GOOGLE MAPS
Google’s star app that needs no introduction. Google Maps, the leader in GPS and mobile map space. Google Maps get users with quick and reliable directions, whether traveling by car, public transport, or on foot. On top of this, it also offers indoor mapping like museums or airports and street view features. For your moment of need, it has a built-in search option for nearby local businesses.

It is Google’s own version of kindle. Google Play Books on the go with a bestseller and free classics selection lets users read their eBooks. It also includes some features like a built-in dictionary and ability to sync your bookmarks where you left off.

Google Pay works with your existing bank accounts. Which means no need for reloading wallets and additional KYC. Money transfers are secure and simple with Google Pay using NPCI’S and BHIM UPI. It is like payment as simple as starting a conversation with someone in your Google Pay.Pay conveniently for electricity, mobile, DTH, gas, and more.

This welcome upgrade is an image-recognition app. Here, the users can snap a photo of any physical object, and Google generates information in response to what’s photographed. It’s an impressive piece of the app that limits to respond to anything 2D. It also provides historical information about any snapped landmark.

The most recent addition to the team of Google apps, giving users the latest news updates. Now it’s done with the selection system where users go for basic categories. For example, sports junkies can get immediate sport updates while music fans get the latest updates on concerts coming nearby. Google Now can also track your route and tell you which road to beat the traffic.

Google Keep is the answer to productivity apps like Evernote with no functions hidden behind the wall. It is perfect for anyone who aggregates all in one like by creating notes, voice memos, reminders, and to-do list. The major benefit of Google Keep is its integration with the “Ok, Google” command, where it will use voice input to transcribe them for you.

However, the most widely available assistant with advanced functionality. Google Assistant with Google Now integrates the functionality and adds a level of intelligence. The AI on interaction with other apps also uses image recognition to find pictures on your phone by voice command.

Google Photos, the best cloud storage and backup app for your photo and video files. Not only free storage and automatic backups, but it also has a variety of features that add to the appeal. The most recent update allows you to search people by name, as long as you have their face in your pictures before. It has also summed up with other photo apps, such as features like photo editing and video trimming.

So, which apps make your life easier?

Despite all thousands of apps to meet our needs, these above-listed apps aimed at making life more convenient. Not only by extending the smart features, but they also save your time and give you peace of mind sometimes.There are reasons major companies are trying to create their own app versions. But for the above listed, you need not hustle for the latest device from the market.

How To Reply To Google Opinions