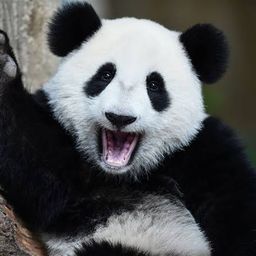 Isn’t that feel really refreshing and great when a dog comes to you with his happy tail?

No matter how much hungry he is, no matter how much pain his is suffering but he will always come to you with a chirpy face. In 2009, a festival named ' Yulin Dog Meat Festival’ took its startup in China. This festival is celebrated till now also; to mark the day of solstice (to enjoy the sunrise).

Over 10,000 dogs are eaten in this manky fiesta. It’s about 10days and celebrated during one of the balmy weeks of the year.

Honestly; it is very distressing when I see any animal in pain but more than $10,000 dogs get slaughtered in this festival only two eat and enjoying. And not only this, it’s evident that most of the dogs get stolen from the home for the celebration.

During this pandemic, when everybody is sobbing for a life, where a bed has become the paradise and an injection is creating way to new life, China still turned themselves as deaf ears and celebrated its dog meat festival.

Besides this, Shenzhen and Zhuhai(two Chinese cities) have banned this practice

Earlier in 2014, many activists had raised their voice against this and the whole scenario turned into the battle of emotions and behaviour. The authorities of Yulin also faced blistering disapproval from everywhere. (even from their own people). Many local activists has helped in rescuing these pure souls and gave them proper veterinary care. Even the Ministry of Agriculture of China declared dogs as the “companion animal” rather than a “livestock” to consume. Local people played an important role in saving the lives of millions dog.

Trapped in a tarnished cage without any food and water, they are silently breaking their silence and waiting for the help to come.