A Bridge In Space. 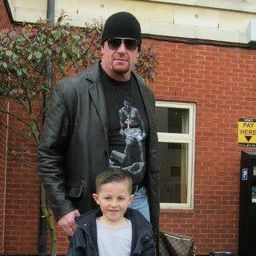 Well Einstein actually gave the concept of theWorm Holes.He thought that as we have tunnels on earth through which we can reach our destination with ease same is applicable in space. It also has some kind of tunnels through which a person can reach at any other Galaxyor any other Planet.

But this concept is more of theoretical and less practical. Well firstly worm holes are very small in size can be said in nano meters so it cannot be seen with the help of simple telescopes. And second reason we cannot enter it is, it is highly unstable as it exist on very nano scale or say in quantum size.

Einstein's theory of general relativity proves its existence theoretically but none of the worm holes have been discovered till now. It has two mouths through which we can reach at other Galaxies or Planet.

A negative mass wormhole might be spotted by the way its gravity affects light that passes by.

Worm holes are also known as Einstein-Rosen bridges.Wormholes may not only connect two separate regions within the universe, they could also connect two different universes. Similarly, some scientists have conjectured that if one mouth of a wormhole is moved in a specific manner, it could allow for time travel. However, British cosmologist Stephen Hawking has argued that such use is not possible.

Well if at all a worm hole is found it can be used only to go to other galaxies or planet or can be used in passing the message to others like our kind. But according to me Time travel through worm hole is not possible as it collapses due to its instability.

Although adding exotic matter to a wormhole might stabilize it to the point that human passengers could travel safely through it, there is still the possibility that the addition of "regular" matter would be sufficient to destabilize the portal.

Today's technology is insufficient to enlarge or stabilize wormholes, even if they could be found. However, scientists continue to explore the concept as a method of space travel with the hope that technology will eventually be able to utilize them.

Uploading Your Mind Into A Computer