Do Teeth Whiteners Cause Oral Cancer? 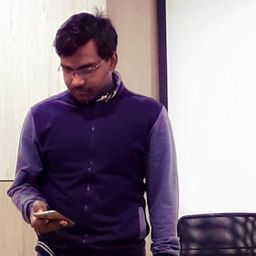 Last year, more than 50,000 people under the age of 45 who weren’t engaged with tobacco and alcohol consumption were diagnosed with oral cancer. Scientists and doctors concluded that there might be something similar in their habits that lead to oral cancer. They found that use of tooth whitener was very common among all of them. Scientists suspected that the substances used in tooth whiteners may be the reason behind this disease, so they decided to conduct a study by a team of doctors to learn more about the ingredients of teeth whiteners and the methods used to prepare them to investigate if there’s a chance of causing oral cancer. So they studied two younger individuals who were recently diagnosed with oral cancer. Interestingly, both of them had applied teeth whitener recently. Precordial stethoscope was used in the process to listen continuous breath sounds of the patient.

What were researchers up to?

Researchers found that teeth whiteners contain carbamide peroxide which basically break down and lift away the surface stains on the teeth. The composition of carbamide peroxide had 35% hydrogen peroxide which is actually responsible for whitening effect. Researchers were looking into the matter where the substance came in contact with the mouth and they found that in most of the cases, the whitening gel remains in the mouth but, they claimed that this is harmless unless the interaction causes inflammation and free radical formation inside our mouth, which can damage cells and soft tissues in the mouth leading to serious damage or formation of oral cancer. Some symptoms of oral cancer are:

• Soft tissues get discolored. It might turn red or purple or white.

• Inflammation, bumps and change in texture of soft tissues.

• Tongue and lips become numb with difficulty in chewing and swallowing

They did not find any confirmative results that could link oral cancer with use of teeth whiteners. Though during the whitening process, the creation of free radicals in the mouth can harm the soft tissues can’t be fully eliminated. There’s a need of more detailed analysis of this link between teeth whiteners and oral cancer, and for that studies must also be done on patients not having cancer symptoms. But it is always recommended to whiten your teeth by a dentist because they’ll use more medicated and safe medicines to maintain your oral health. Now, if you are thinking of having a bright smile, consult a dentist for your safe teeth whitening plan.

Peer Pressure : A Toxic Friendship That Takes Away Your Own Identity