Global Warming- A Global Issue That Can Turn The Whole World Upside Down! 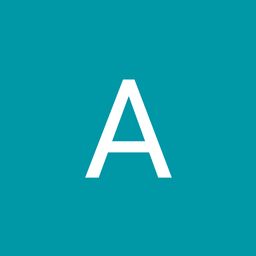 Global warming is the result of human activities which has led to increase in the average temperature of the earth at any time other than over 11,000 years ago. Global warming is a serious environmental issue. Each and every country is equally responsible for causing global warming. One of the most dangerous threats to life on earth is because of the increase in pollution which is caused because of the increase in the emission of carbon dioxide and carbon monoxide in the environment. The rise of green house gases in the atmosphere due to human activities is the main cause of global warming. The greenhouse gases prevents heat radiation from the earth causing increase in level of temperatures.

Global warming is caused by harmful gases and smoke from vehicles and factories, farming animals, deforestation, burning of fossil fuel for energy like carbon dioxide, chlorofluorocarbons, and other pollutants. These harmful gases get stuck in the ozone layer. Once there, it traps in UV rays that comes back to earth and increase the temperature. Atmospheric concentration of CO² has been increased from280 ppm in 1750 to 400 ppm in 2015. Since last century there has been immense cutting down of the trees for different uses. Man survives on oxygen produced from the trees. The man has been cutting trees so as to make the life easy. Cutting down of the trees has increased global warming which is not only a national but also an international issue. This is the theory of global warming. Global warming is responsible for many climatic changes.

* It is causing the polar ice caps to melt and sea level rise which can lead to floods and around 1,700 coastal cities will be underwater by 2100, increase in extreme weather events, damaged coral, changes in wildlife distributions

* Increasing number of diseases, migration and extinction of animals.

* The average temperature is rising by 1.35 degree Celsius per year. The winters have become colder and the summers are unbearably hot.

* Global warming causes natural fires which may wipe out whole forests. Continuous rise in the earth

* The air we breath is not safe and have caused many lung disorders.

There are a few ways in which we can prevent global warming.

* Using both sides of paper

* Turning off the electricity when not required

* Go for public transport, carpool, bicycle, or on foot rather than using personal vehicles

* Educating our future generations to be environment friendly

Global warming has changed natural processes rainfall patterns, length of seasons, rise of sea level and the entireecology balance.There Are little things you can do everyday to help reduce gases and make an impact on the environment. Earth can be taken care of if everyone come together by making a few changes. The people who make the biggest difference are the ones who do the little things consistently.

Global warming is real, and its effects have proven by the scientists. This is not only National, but an International issue. This situation will become worse if no action is taken in the due course of time.This has been a natural phenomenon throughout the natural history of the world but it has only become a problem in the last few hundred years.

When correct steps taken, global warming can be reduced when coordinated by the whole society together.

Climate Change It's A Myth Chill