A Discussion On Feminism 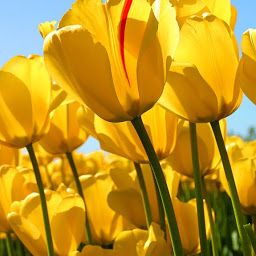 Introduction
Feminism is a burning topic these days. In fact “Feminist” is what a lot of people claim to be, especially on a lot of social media platforms. Though the term was coined in 1837 and had found its place in the Oxford English Dictionary in 1895, it is for close to a decade that we can really say that the term is being discussed in its full force and its right sense with its impact being felt in the society.

What is Feminism?
A simple search on the browser and one can find terms like movement, ideology, theory, belief, doctrine, campaign etc assigned to it. Simply put it is “equality”. Equality irrespective of the gender (male/female) and most importantly in any aspect (political/economical/social)

Where lies the confusion?

It is out and open that it has taken decades of efforts for women to not be considered as an inferior gender to men and be considered equally worthy and respectable in the society. Women have fought for rights like education, right to work, equal wages, right to property, reproductive rights, equal rights within marriage, protection against crimes like rapes, right to vote etc.

However, feminism is often seen in negative light as it is often confused as a trait possessed by aggressive women who do not respect men or want to downgrade them in terms of power, position and opportunity. It is assumed that it will bring a negative shift in relationships and that women want to be dominating and control the world. All of that definitely has no truth to it.

Also it’s important to understand that the core of feminism lies in “equality” and not “sameness”. Men and women are different biologically and physically but that doesn’t imply that they can’t have access to equal opportunities. It just means that we need to incorporate few changes to meet the gender needs. For example- women undergo menstrual cycle every month and some women suffer from cramps and if we can offer them a day off or a little relaxation at work during that period , women are as good as men at workplace. A welcoming change that is happeningin a lot of corporates. Maternity leave is a great example of providing equal opportunities while understanding the needs of the gender.

Conclusion
It is important to get rid of the age old stigmas attached and understand that equal opportunities are beneficial to both men and women as it takes off the sole burden on one gender and equally distributes it between them while also remaining sensitive to the needs of the specific gender. It is time for change and equality.