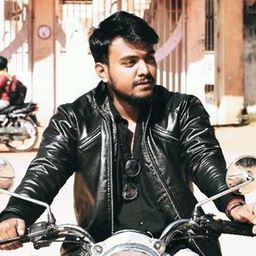 Our India, a population of 1.2 billion people majority belonging to the middle class society, and the 2nd majority forms the poor families. Almost 25 % of the poor families cross their health expenditure threshold, and out of them 45% of the people are forced to take loans on heavy interests which ultimately pushes them towards the Below Poverty line.

There are ultimately many govermental schemes like "Aayushman Bharat" for BPL people which covers up to 5 lakh insurance coverage for almost 10 crore families in the county. Tata trust having the same intention partnered with Star health Insurance company, and launched a health insurance schemed named SWASTHA KUTUMBAM, under the aegis of Universal Health Coverage. Under this scheme it covers the insurance of about Rs. 10 lakhs of all the citizens of total 265 villages that comes under Vijaywada constituency area. The most noticing and promising point of this scheme is that it covers whole of the population without discriminating on the basis of caste, creed or financial status which itself makes this movement so much great in itself ! The mainpoint or the highlight of the scheme is that this scheme does not deprives the people from the insurance if thy are eligible for some other insurance governmental or non-govermental scheme, inspite of depriving it compliments the existing scheme like ifa beneficiary who gets cover for 3,50,000 which includes 2,50,000 under the NTRVS also gets additional ₹1,00,000 cover for diseases not covered in NTRVS through Swastha Kutumbam Insurance scheme. Hence, this scheme is complimenting the other schemes in its own special way, so that the people can make out maximum benefits through this scheme.

It has been special attention, that any disease that requires special attention and the patient needs to be admitted in the hospital, all their expenses must be covered under this schemes. Diseases likeDengue, Malaria, Typhoid, Cataract, kidney stones as well as maternity procedures are all covered. All pre-existing diseases are also covered. Under this article almost 89 hospitals in the Krishna district have already been registered under this scheme by Star health Insurance company. The benefits of this scheme can be on every part of health care system, whether it can be the infrastructure and machines upgradation. VPC being the pilot for this scheme has also piloted the nationally renowed scheme "Aayushman Bharat".

The story of Parasa Vilsan of Gottemukkala narrates the success of this scheme itself. He is a daily wage workerunder below poverty line, but really hardworking. While working, his leg was hit by a Iron rod, which became serious as it swell and might also lead to infection. As his family being below the poverty line, couldnt afford his health expense, but With the help of Swastha Kutumbam facilitator he got enrolled and got treated under Swastha Kutumbam insurance program in a better hospital without his out of pocket expenses. Finally he got cured, is now healthily for the family.

Full -Time Employment Or Freelance. Which Is Better For You?