How To Become A Successful Writer 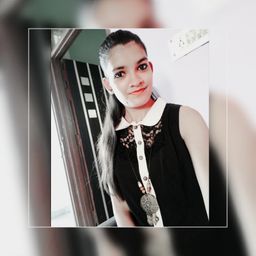 "Words really matter. Your words (what you say) and style (how you say it) are your most cherished (and undervalued) assets"

Writing is a field that requires more attention to the words and thoughts than any other. To pursue a career in writing is not difficult, however, making a distinct identity of your writing style and thought process and putting it across is a Herculean task.

English novelist,George Orwell said the “scrupulous writer” will ask himself at least four questions in every sentence: “What am I trying to say? What words will express it? What image or idiom will make it clearer? Is this image fresh enough to have an effect? And he or she will probably ask himself two more: Could I put it more shortly? Have I said anything that is avoidably ugly?”

The content of the writer should be readily understandable. Clarity of writing usually follows clarity of thought. So think what you want to say, then say it as simply as possible. Assume the reader knows nothing. But don't assume the reader is stupid.

Hence, a good writer should always be able to create a magic in his words.Write in such a way that your readers feel like they're in the scene themselves. Every word of your writing should be like a chapter of their lives. If your writing isn't descriptive and well written then it doesn't particularly make yourself stand out from other people in your class.However, by all means, do not go overboard and make your writing flowery.

Conclusion - To be great at writing, you must write every day.Consistency is the key of becoming a successful writer.Some writers just want to use their writing as an outlet for their personal lives, while others want to be famous for their writing.

Whichever way you see yourself as a writer, the foremost thing is to show up and do the work.Thus, success will only come with determination and dedication.

How To Get Page 1 Rank In Google

Writing:A Way To Self Exploration

The Impact Of Writing