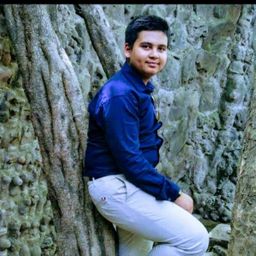 In this ever expanding field of science and technology, Quantum technology is slowly but deeply paving its way into it. But the question is ‘Are we ready for it?’

Quantum physics is a branch of physics that deals with strange and unusual behaviour of atomic and sub-atomic particles.

Computers, on the other hand are highly intelligent and technologically advanced machines making a human life lot easier.

How come these two words are together?

Well, what we know is that these computers are based on a binary code of zeroes (0) and ones (1). Each command we gave, each letter we type and each input we provide is received in the form of this binary code. But going more deep, we find that these codes just represent the language of a computer. In a simplified way we can say that a ‘0’ represents an incomplete circuit and ‘1’ represents a complete circuit. All these possible permutations and combinations of ‘0’ and ‘1’form a binary code.

And that is a great way, how a classic computer stores data in small packages, we today refer to as ‘bits’.

But down in the Quantum realm, things start to become quite weird. Here every particle act as ……as it is not a particle! But instead a wave, more basically a probability wave. Here, an electron can be in every possible state at the same 'time, quite literally.

And we call this abstract state of Quantum particles as 'superposition state'. And certainly our physicist have found a great way to use this property.

That would mean that a Quantum computer could compute every possible state at the same time. And it store all its data in Quantum packets or 'Qu-bits', where ‘Qu' stands for ‘Quantum’ for obvious reasons

I know it is hard to imagine  but I believe that this example might help.

Let us say, a computer is placed in a middle of a maze and asked to find a way out. A regular computer will try each and every possible paths turn by turn. Finding many dead ends and blockages until, finally it finds a path that will lead to the exit. But on the other hand a Quantum computer can be in both possible states of zeroes and ones simultaneously. It will search all the possible paths, turns and dead ends at the same time. Instantaneously, finding out an exit.

Anything that a regular computer takes a few hours. It can solve in mere micro-seconds. This certainly proves that a Quantum computer is not 10 times, not 100 times, not 1000 times, but more than billion times faster than a regular one.

Sounds like dream, right. Well, we are the future and we need to bend reality to achieve such feats. Be ready for it.

The future awaits you!