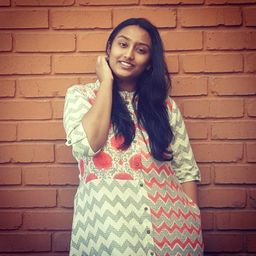 Emiway Bantai, originally known as Bilal Shaikh, has been an active contributor to the street rap scene that has recenty caught attention all thanks to the Ranveer Singh starrer "Gully Boy". His stage name is a tribute to Eminem and Lil Wayne, the ones who inspired him to his choice of career.

Street rap has been a thing that gained popularity in India almost a decade ago amongst the college kids in Mumbai who have been interested in american hip-hop and have been inspired by it to create their own regional version. Hip-Hop has been a part of rebellion music that is used to spread awareness or express one's thoughts in an aggressive manner. RAP scene in Mumbai consists of the underground rap battles, rappers who run a YouTube channel to gain attention and put their work out there for people to see and then there are a few who have gotten popular over time and now have their own exclusive shows all around the country.

Emiway Bantai is one such rapper who grew from an 17 year old uploading his work online for fun to a highly successful rapper, five years later, who tours the whole country performing in concerts and clubs. His first upload was a song named 'Glint Lock' which he sang with Minta. But the song that brought in fame was his next upload, a hindi self written number called "AUR BANTAI".

He gained immense popularity due to his rap battle with Raftaar which began with Emiway dropping his diss track "Samajh mein aaya kya" talking about something Raftaar said and that was followed by Raftaar dropping his track "Sheikh chilli" as a response, talking about his side of the story. Emiway later dropped a track named "Giraftaar" as he got offended over the things Raftaar said.

Today, he is one of India's top 10 rappers with great hits like " Machayenge" being on the lips of every person who has ever come across that song. He might be famous for all the diss raps that he has made but the one thing that has been consistent in all of his work is his bars to the beat.

The rap scene has become a huge phenomenon and shall probably be marked in the Indian music industry and by the looks of it, Emiway Bantai will be a name to remember.