Music A Gateway To Happiness 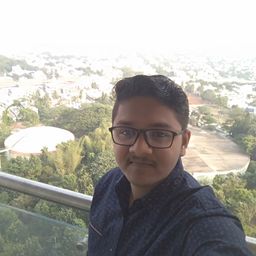 Music may be of vocal, instruments etc. To consider vocal it is nothing but what we talk, in a defined speed, varying our pitch. Instrument is the outcome of notes that match with the frequencies in the atmosphere which makes it more delightful. Mixture of both vocal and instruments that match the same frequencies are so likely to be heard that you feel to have lost yourself in the sky flying .

Music has no boundaries, it can be in any language. There is no barrier in any kind of music.
As mentioned music is a ocean , the different forms of music are rivers and sea that all together join and form an ocean. Music makes our emotions to come out. We feel music. We get so much endorsed in it that we cant have control over our feelings.

Talking about Indian classical music, its mainly divided into Hindustani and Carnatic. This Indian music is being followed from thousands of years . During ancient times in India, Indian music was given the highest priority. One who is capable was highly respected. Kings used to listen to music with outmost respect. In olden days it was believed that certain raagas used to do miracles .

There are thousands of raagas , there are certain raagas that has to sung in that specified time. People belived that music can bring rain , music can bring brightness. We cant argue over that fact ,may be it was true.

Not only humans, spicies present in this whole world have their hearts inclined towards music. To our day to day observation we can see , domestic animals such as cows or dogs have a feeling to music. Cows on listening to music produces harmones which makes it give more milk. Cows understand music , they listen to music patiently. This list also adds bird which not only listens to music but also delivers . We may have seen snake charming where a person hypnotizes by playing an instrument.

Music is not just for relaxing and enjoying it also has many advantages in medical aspects.

It cures many diseases. We cannot imagine a life without music. Consider a small example , a small vedio. A vedio when just played without audio makes it or gives it pale feeling, but the same music with background music keeps our control over the vedio being played ,it brings out the emotions in us which the vedio expects.

The Power Of Music

Music Is My Soul

The Beauty Of Music...