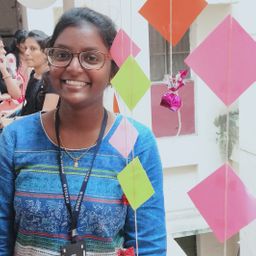 Long ago people started wanting to stand out from the crowd and tried be different from other people by means of changing their clothing. This was the moment when fashion first appeared. Currently, fashion is sometimes defined as a constantly changing trend. However, it is necessary to say that at present moment fashion has a deeper influence on the life of people and possess more than just trifling reasons for its existence. Fashion through clothing has become an integral part of self-realization of every person.

People have been using clothing and accessories for many years to decorate the human body. From various parts of the world people present themselves in different ways and they may follow certain trends and make their own trends and trademarks. Fashion changes regularly with respect to time and location. For many centuries clothes gave out some message by those who wore it. Some trends were maintained in clothing in order to follow the cultural traditions.

Fashion and style changed from each era. The major change occurred after the World War I; it shocked everyone by their own styles and morals. In the early days people used to wear clothes in such a way that the appearances of them give out the gender, age, economic class and sometimes their intentions. Fashion is a medium through which people communicate about their occupation, class and wealth.

Bell bottom tops crop tops offshoulders what do they have in common?

One may say that they are the current fashion trends but when you actually see it,they are all the trends from 70's.The seventies fashion trends are making a comeback into the 21 st century and it looks like its not ready to leave yet.These trends have been modernised by the millineals with their own touch,with tweaks here and there,but the main concept has been inspired

Its unknown why these trends have suddenly popped up,but they have made quite the impact.In my opinion,the seventies fashion have their own trends of sophistication and gives a fresh vibesto the current fashion trends.

A few years ago ,people who have laughed at the idea of bringing back vintage because everyone was in search of searching something new.The trend of 00's was everything flashy and bling and the vintage trend completely contradicts it.

The bringing back of the seventies trend has shown a path to the boho-chic style.The styles once called hippy(not in a good way),has been tranformed into somthing called bohemian style.

Bohemian style is not something new,it already exited a way back in the 19 th century and it tranformed into the hippy style invthe 60 's and the 70's.Enough of the history lecture though.

Mens Fashion Paving Way For The Expression Of Female Identity