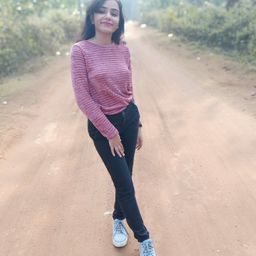 OVERVIEW
Life is good for Shanay Bansal- he is due to get married in a few months and has been nominated for a prestigious award by Business Right Now. Until he receives a mysterious voice note from an unknown number one night. It is a woman`s voice telling him that he is a part of a story he is not aware of. But a story whose ending only he can decide. Curious, Shanay plays along and is introduced by Raisa, Nirmaan and Afsana. By the time the story comes to an end, his life has turned upside down.

Half-torn hearts is a gut-wrenching story about three people who experience the unbelievable highs and the unimaginable lows that one can go through only in love…………...of the rarest kind.

PLOT
The story opens when an anonymous girl writes a poetry and sends the picture of it to her fiancée, Shanay Bansal. Shanay Bansal belonged to a fifth-generation business family based in Kolkata with roots in Bikaner, Rajasthan. He pursued his MBA from Stanford University and wanted to start an online venture. Life was all about work for Shanay until his family introduced him to a girl, they had chosen for him as a wife and as a prospective daughter in law for their family. Although he had met her few times and they used to talk on telephone on daily basis but they were not close enough to describe each other in perfect words. One evening Shanay tells her to come Bengaluru for a weekend and her fiancée says that she is not sure about this idea. Shanay gets disappointed by hearing the response of his fiancée but after that he gets the confirmation from his fiancée and he became super excited, he closes the door of his flat and relaxes on one of his bean bags and when he was just checking the flight for his fiancée his phone buzzed with a WhatsApp message, he opened the app and he saw a voice note from an unknown number. Curious Shanay plays the note, he was hearing a girl`s voice which said that she knows who he is, where does he works, and who is her fiancée. In a nut shell she knew everything about Shanay. She assures him that she is harmless and there is no reason to get scared of her. She tells him that she is about to narrate a story to him which is not about her but it is the story of her close acquaintances and she also confesses that by narrating this story to him she is going to break the promise she made to that close one, and requests him to listen to listen the story completely and at the end of the first voice note she asks a question which is “Do you truly believe the one who lives with you is the only one who was made for you? What if—just, what if—within one`s inner world there is another reality in which one lives with someone else? Don`t we all have such parallel universes within ourselves? So, to whom does the person truly belong—the one with whom one lives in this physical world or the person with whom one shares the inner realm?”. And when the voice not finished, at that same time another message just popped up from the same number and out of sheer curiosity he taps on it and plays the voice note.

The voice note opens at Guwahati 1996 where was a mango tree which was a great attraction for the 8 year old boys in the vicinity and among that group, Yash, the naughtiest of them, scaled the boundary wall and stretched as far as he could to reach that mango and then suddenly fails to pluck the mango, falls on the ground and they took Yash to his mother and from the next day, the boys started playing elsewhere. An 8-year-old girl usually sat in the new place where the boys started play. She would arrive sharp at four o`clock in the afternoon and leave at 6.30 M.Th. boys who shifted the base thought her as a boy and invited her to play with them but when the elder brother of the boy stopped them from inviting that girl each and every boy exchanged an ugly look exceptone boy and after that day the girl came with a hope to see that boy playing with the rest. One evening when the playtime was over the boy returned to his apartment and to his surprise he saw a mango on his doorstep, the very same one which he was longing for quite some time and he heard someone saying thanks to him, startled by her sudden appearance, Nirmaan the boy went nervous and hastily wrong the doorbell as soon as his mother opened the door, he quickly picked up the mango and gave it to her and when his mother asked about the mango, Nirmaan pointed tothe girl that she gave him, his mother asks that is she his new friend and Nirmaan nodded in yes manner. Mrs. Bose asked that girl about her name and the girl answered Raisa Barua. On that day the seeds of the friendship between Raisa and Nirmaan started budding. They became very close friends in due course of time. When their friendship became deep as any sea water Nirmaan`s father got a transfer order to Kolkata.

They met again in Kolkata in the year 2002 in the same school where NIrmaan was studying since he left Guwahati. Nirmaan confronted her after all kinds of silly pranks which were thrown at him by an unknown girl and when Nirmaan saw her face in the school bus, he was still in shock and asked her when did she came Kolkata and she answered him that her father got transferred here 2 months ago. Raisa found her a very long-time best friend and she wanted to share their lunch boxes with each other like old times but Nirmaan was quite offended from these kinds of actions of Raisa as she always used to walk in his section and ask about him to his friend and his friend used to think her as his girlfriend. One evening Nirmaan decide to say this to Raisa that times have changed now and now they are not small children’s, they are quite mature and at their age no one thinks a boy or a girl as only friends, they always broad their imagination on their own. After Nirmaan told these things to Raisa, she distanced herself from him.

On one day, Raisa was bullied by a gang of girls and new girl saved her from those girls. She introduced herself as Afsana Agarwal. However, Afsana is a bad girl in the eyes of Nirmaan, Raisa gets close to her that she became her partner of crime and his soul sister too. Afsana and Raisa used to bunk their classes and do all of the stuffs which they shouldn`t do and due to these Raisa`s grades were continuously slopping down and as a result she failed in her board exams, both Nirmaan and Afsana passes the board exam.

Afsana and Nirmaan joins the same college unaware of this fact. In old days Nirmaan used to hate Afsana but ultimately, he falls in love with her when they started spending the time in college. Due to Raisa`s worst grades in 10th, Nirmaan`s father told him to make distance from him and Afsana also never got so much of time to hangout with Raisa and in consequence Raisa was the one who became isolated. A new seed of love began to bud between Afsana and Nirmaan but Afsana has not revealed her all of the secrets to Nirmaan.

After a tsunami of twists by Novoneel, after some span of time we get to read that Afsana and Nirmaan are separated and Raisa is living with Nirmaan after they both left their home together.

BUT,
The questions arise that……. What were the secrets that Afsana was hiding from Nirmaan and why? Why they separated? Why Raisa was living with Nirmaan? What happened to their relationship?

WELL WELL WELL!!!!!! Too many questions right!!!
This is what Novoneel Chakraborty is specialized in. If you have read any of his work then you might be aware of the fact that he is really good in killing you with his suspense and you would want to finish the novel the day you have started reading it.

MY THOUGHTS
If you ask my thoughts on this book, I would definitely suggest you this book. I am a fan of Novoneel Chakraborty since I have read his forever series. It is really difficult to control myself from reading the last chapter while reading his works. About this book I would say that, it was no surprise to me when Novoneel Chakraborty came up with this new book. It is a fabulous book with a heart wrenching story which revolves around three main leads and whenever you think that now you know that how the story is going to end a new twist will be waiting to surprise you. Novoneel Chakraborty has portrayed the emotions of love very significant and I got tears in my eyes when I got to know the end of the story. I would highly recommend you that don`t skip the prologue and epilogue of this book, if you really want to know the true ending. While reading this book I never felt that I was getting bored on any point of time.

If you are thinking to make this as your May read, I would say that just go for it and also for the beginners who want to start reading thriller or suspense novel but don`t know from where to start can definitely go for this book. You can purchase this book from amazon and flipkart and its totally pocket friendly.

10 Classic Bestsellers Of Literature You Must Read

Kriti A
Kriti A
52 views