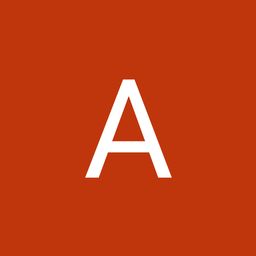 Biomarkers have emerged as an excellent tool for drug development and patient care. Many pharmaceutical companies are investing in biomarkers as a way to reduce the time and cost of development. There is also the possibility of biomarkers leading to safer and more effective treatment options.

Biomarkers are at the core of the concept of ‘patient-centered medicine’ or ‘personalized medicine’. The goal of this approach is to deliver the right medication to the right patient as a pathway to better treatment.

Given their popularity, there is a regulatory interest in biomarker validation. According to the FDA, biomarkers can be a part of drug discovery process through the conventional process. In this case, the drug developer may discuss the use of the biomarker with the FDA and reach an agreement.

The qualified biomarker would be made publicly available. It may then be used in multiple drug developments, as long as they are within the qualified context of use.

A point of interest here is that the framework focuses on biomarker qualification, rather than biomarker validation. Conventionally speaking, validation requires documented and established evidence. This should come with an assurance that a specific process will produce a product meeting predetermines specifications.

Qualification, on the other hand, proves that a method, system, or equipment leads to expected results. In a way, it is quite similar to validation. It just isn’t as robust or thorough.

This approach doesn’t go beyond the scope of biomarker testing services. Neither is it a lackadaisical framework. It is well understood that full validation of the biomarker will be available only well into the clinical trials. As such, a qualified biomarker is a good fit. It also backs the use of biomarker assays in early drug development and at other points throughout the development process.

On Biomarker and Bioanalytical Method Validation

While specific FDA guidance points to biomarker qualification, its validation is not out of scope. The conventional rules of Bioanalytical Method Validation (BMV) still apply and can be used for validation.

When choosing between validation and qualification, biomarker testing services often deal with the question of how extensive they should be. Qualification should work, but validation is more thorough and robust.

Staying on the qualification roadmap might seem like the easier path. However, before a drug hits the market, validation is necessary. Many experiments and companies often get stuck at transitioning from qualified assay to validated assay. On the surface, qualification and validation of the biomarker assay both prove its usefulness. However, they vary in thoroughness.

The key to avoiding problems as the trial progresses is to ensure that a fit-for-purpose biomarker assay is chosen. The sponsor and the biomarker testing service may put their minds together to decide how extensively they want to use BMV. For now, bioanalysis and method validation remain central to biomarker validation.

Why Do You Need Startup Agreements?