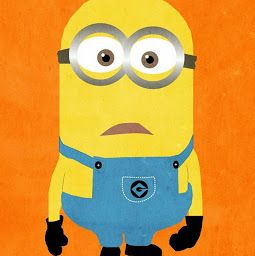 We don’t know what the world will look like if women ruled it, but we can make an assumption and prediction.

Imagine that one day you wake up in the morning and sit down on a chair to read a newspaper to follow up your casual routine.You notice that the headlines of the newspaper have been changed, there are more highlights and emphasising on women’s work and their implications than men’s work. If women rule this world I think people’s mentality will also change. We might experience both positive and negative changes around us.

Let’s assume that the population of women will be more than the population of men.Therefore, there will be more female politicians, female entrepreneurs, female CEO, female retailers, female taxi drivers, delivery girls and etc. Yes, I believe that the number of harassment and physical abuse will decrease. The world would be less dangerous than before but that doesn’t mean it will be completely safe. In today’s scenario, women are considered the weaker section of the society and therefore, the number of women getting physical abused is more than men but once this world changes with women taking charge of it,I believe men may have to go through moe than they ever did.

Now in the current situation, Father's ib business expect their sons to take over the company and work toward the goals and most of the times even if daughters want to help in the business, they don’t get the opportunity. Usually in many parts of India women earning money by doing jobs is still a taboo. Most people don’t give choices to women for working outside as they are told to remain at home and become homemakers. If women rule this world the contribution of men in households will increase and most of the women will get the opportunity to contribute financially. There will be an increase in economic development and people can increase their living of standards.

There will more women empowerment and women will stop being dependent on others.There will be more freedom, choices and opportunity given to women. If Women knew how to rule the world, The world would be better with a lot of new policies and implications. Women no longer will be seen as weak and will get equal respect with no discrimination in the workplace. So empowering women isn't about political correctness, it's about improving outcomes. It's about investing in stronger economies and healthier communities it's about ending conflicts and sustaining peace. It's about improving the quality of life for people all over the world. Empowering women isn't just the right thing, it's the necessary thing. And because women are increasingly ruling, the world is changing for the better.

Sex difference in crime is different between men and women as the perpetrators or victim of crime. An observable difference in crime rates between men and women might be due to social and cultural factors. Statistics have been consistent in reporting that men commit more criminal acts than women. This means men kill more people than women and therefore this will be a positive effect as there will be fewer people dying if women were in charge.

“Queen will be powerful.”

In today’s current situation mostly in Arabic countries, princes are considered to be the rightful heir of the next throne that ultimately denotes that kings have more power than queens and only kings can make decisions or rules and regulations but when women take charge queens will have more power.

India witnesses one of the highest female infanticide incidents in the world, the sex ratio at birth is 112 males/100 females and that is why the government has banned ‘ultrasounds to detect the sex of foetus’. If women will be in charge there will decrease in female infanticide rate and population of girls will increase.

I believe the literacy rate of females will increase and women will get more opportunity to perceive in their career.

Women generally are perceived as smarter, more competent and morally superior. Only 6.2% of all international leaders are women. So in the current situation, there are less Number of female leaders around the world but if women ruled the world there are huge possibilities of women taking over the governments around the world. Women can transfer the whole world into a better, safer and in equality place.

“Women would never be the victim.”

It is a taboo to talk about Periods and another female topic in many parts of the world I believe periods, pregnancy and giving birth will become completely normal conversational topics. Worship of female fertility and the authority of the mother become a major part of every religion.

In middle east countries, child custody is mostly influenced by the supervision of the father. Law is not in favour of mothers therefor if women rule the world, divorced fathers will have zero chance of winning child custody. In the absence of a mother, the law favours maternal relatives first, paternal grandmother second.

“Men will be paid less for movies.”

In today’s current situation actors are paid more than the actresses in both Hollywood and Bollywood this gives a proof that gender bias still exists in this world and we have to change this, but if women ruled the world it might reverse the situation and women will be paid more than men.

Before civilization started, in the stone age period, women were the head of the family. Even after the medieval period and in the 20th century AD, there were many women leaders ruled many countries. Queen Victoria, Margaret Thatcher, Indira Gandhi etc are some examples to refer here.

Women clearly lacked the intellectual capacity and emotional fortitude to make the difficult decisions that the leadership required. It wasn't biased, it was biology - it was just the way women were made. But that was then. In recent decades, attitudes and ideas have changed - and fast. That's not to say that every corner of the world has welcomed women moving from the traditional and private into the modern and public. But move they have. So what's changed? A lot. As a huge and growing body of research and experience makes clear, empowering women makes things better. Not perfect. But better.

Business is more profitable. Governments are more representative. Families are stronger, and communities are healthier. There are less violence and more peace, stability and sustainability.

In spite of all the contribution women have made to this world but it’s a fact that “men still rule the world.”