Sikhism And Bhakti Movement- A Discourse. 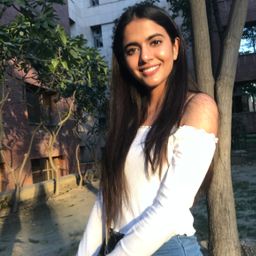 Abstract
The Bhakti movement refers to the belief in the one God as the creator and the ruler of the universe and the devotional trend that started in Hinduism and later revolutionized in Sikhism. It originated in the eighth century in south Indian regions (today’s Tamil Nadu and Kerala). It influenced the northern and eastern regions of the country around 15th century and was at its highest between 15th and 17th century.

Introduction
The search for the true meaning of god, and to be united with him, led to the rise of many rituals and rites in different religions, with a common aim of finding god with no boundaries. For examples- Kirtans at Hindu temples, Qawallis at mosques, reciting Guru bani in Gurudwaras, are all derived majorly from the Bhakti Movement in the medieval India.

The word Bhakti is derived from a Sanskrit word, the roots of which trace back to the word- “Bhaj” which means to divide, partake, share or to belong to someone. The word also means devotion, faith, reverence, adoration, worship or a means of salvation. Bhakti is a concept which deals with a person’s full devotion and love towards their deity and belief in religious principles. And the one who practices bhakti is called a bhakt. The roots of bhakti can be found from many centuries ago in texts as old as the Upanishads and Bhagwad Gita.

Many scholars believe Sikhism as a result of Bhakti movement and thus a branch of Hinduism, while some say that it was nothing more than the Bhakti movement of Punjab, while on the other hand some people believe it to be false and claim it to be against the moral values and principles of Sikhism. In Sikhism, the concept of Nirguna bhakti prevails- worshipping the formless One (without any qualities or form). Guru Granth Sahib- the holy text of the Sikhs, talks not only about the 10 Sikh gurus but also the hymns and bhajans of the 13 Hindu bhagats who were famous poets as well and 2 Muslim sufi saints. Many of these Hindu devotees, being taught about were born before Baba Nanak, like- Pipa, Ramdev, Surdas, Dhanna, etc while the Muslim bhagats being- Kabir and Baba Farid Shah. As said earlier, despite Sikhism following some of the sayings and principles of the famous bhagats mentioned above (such as Kabir, the hymns of which mentioned in Guru Granth Sahib are as many as 290) was not simply an extension of the Bhakti movement. There are many principles which the religion disagrees upon. Since the religion professes about the Nirguna, it lays stress on bhakti- the practice of Naam simran, the recital of the name of the One god in continuation with full concentration and devotion. Guru Arjan dev, the first martyr of the Sikh faith and the fifth guru, in his holy scripture, Adi Granth (which later expanded into the Granth Sahib) and Sukhmani Sahib, calls the practice of Bhakti or Naam simran as the truest form of love and devotion towards God.

Bhakti movement in Hinduism saw the practice of performing Aarti. The same could be seen in some sects of Sikhism outside the region of Punjab, in areas such as South India, Bihar or Maharashtra where the famous Aarti “Gagan mein thaal” first recited by Baba Nanak in 1506 at the Jagannath Temple, Puri during his journey to east India, is still performed in the Gurudwaras in front of the holy Guru Granth Sahib.

Although Bhakti and Sufi saints are recognized, they do not solely form the basis of Sikhism. The Bhakti movement in Punjab became a vehicle of social change and it was the intensity and depth of his meaning that god can be attained while living a normal life, which was professed by the remaining 9 gurus, that formed the very basis of Sikhism. The essence lies in uniting the people from all the religions and set them on a path to find their own gods. Guru Nanak projected new goals reflecting a new order based on brotherhood, mutual understanding and peaceful co-existence of all.

Guru Nanak differentiated from other saints of the Bhakti Movement on the concept of God and the world. The main idea of renunciation, or “mukti from maya” which was found as one of the main ideals of many saint’s principles, did not find any place in his teachings. He discouraged the idea of living such a life where one has to trouble oneself and laid emphasis on living an honest life, not through begging but hard work (kirt), sharing his earnings with others and by Naam simran. This was in contrast of Kabir’s idea that, either one should become a complete householder or a vairagi. According to Baba Nanak, God could be found without denouncing the world. One can simply find god through good deeds such as providing shelter to a homeless or looking properly after one’s family. The idea was to simply accept the “raza” of God and find an honest way of living. Many principles and poets of the Bhakti Movement criticized and questioned the caste system, but it could never really stop it as it prevailed in one way or the other. But the movement in Sikhism found a way to lessen it if not abolish it, i.e. by the medium of Seva (social service) which is given a great importance in the religion and is considered as a way of spiritual advancement.

Life in all its aspects has always been the center of attention of Guru Nanak’s teachings. His teachings taught one about being aware of his own self and should know about the difference between good and bad and be able to recognize the ills of the society and to rectify it. This was different form the Bhakti Movement and Sufism, which seemed to have an escapism tendency, to forget about all the troubles of the world and remember god. Apart from this, he neither believed in incarnation or frenzied singing and dancing to find God. He thus, brought these faiths and principles to life and practice by his teachings in a pursuit of forming a completely new faith and religion.

Conclusion
The Bhakti movement thus, started as a way of disregarding the orthodox and strict Hindu ideals form and questioning the existing norms and redefining the meaning God. Sikhism and bhakti movement shared many similarities as well as differences, such as criticism of caste system and harsh attacks on hypocrisy of priestly class finds place in both.

Sikhs considered and respected the saying of various Bhagats mentioned in the Guru Granth Sahib and also followed their some principles but also formed their own. Like Bhagat Kabir lays emphasis on not killing the animals to feed one’s stomach, but Sikhism originally being the faith of warriors, does not believe in the principle. While Bhagat Ravi Das believed in heaven being a physical entity, Sikh gurus did not believe this and according to them, the state of heaven lies in the union of soul with the One.

Sikhism, undoubtedly accepted many principles of the Bhakti movement, infused some of its practices into its own, but it is not be confused as an outcome of the Bhakti Movement just because it recognizes the holy saints of the time and accepts some of their principles. It is an entirely different faith whose major purpose was the protection of their Hindu brothers at the time when the Mughal invasion and the atrocities that followed was at its highest. Nanak saw the world as the result of the wonderful creation of the One and believed that the creator resides in his creation, hence you need not to adopt extravagant ways to find him, he resides everywhere and thus his creation cannot be considered as unreal. Thus, Sikhism can be said as a faith not formed but inspired out of the Bhakti Movement.

To: My Father In Heaven

Akshara V. B
Akshara V. B
11 views
Namika Gumber  •  1y  •  Reply
As student of social sciences and studied both history and history culture of Punjab. I can most definitely say this article is pretty well researched from various good books with amazing writing skills. Waiting for more such work 👍🏻
Sidharth Mahai  •  1y  •  Reply
Yet another great article written by yourself. We know that All gods have mostly same teachings. To treat people well, build relationships,serve the society and making this world a better place than before. The article was well written.
Alpha Female  •  1y  •  Reply
Just like Sikhism shares lot of similar traits with Hinduism, I'm pretty sure all the religions of the world have similar teachings- to find God, serve the society and maintain harmony.