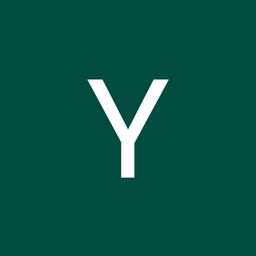 There was a time where both of the terms held the same meaning but as the decades passed, their senses seem to be drifted apart. Nowadays, the debates are still going on, regarding this topic and hence a lot of questions arise which might remain unanswered; What is the difference between Self-Respect and Ego? Is ego harmful even for the one who is possessing it? and last but not least, How can we figure out them within us? This time, let’s try to find out-

Self-Respect; As the term suggests, the one, who respects oneself. An individual who is conscious about solemnity, character, limitations, and decisions, may come under this category. Such people would always deny from participating in anything which is not approved by their disciplines. Since they are aware of the significance of dignity, they also try not to cross their limits while interacting with others.

Ego;  Possessed by that person who may hate to accept the reality if it doesn’t fit in his/her perspective. Such types of people may not want to reconsider their opinion(s) even if the facts are presented right in front of them. Although this term holds most of the negative meanings, it still has one positive point. Remember the dialog of Jeetu Bhaiya in the Kota Factory series?

If you know yourself, love yourself then you would automatically respect your own identity. The rumors about you and useless back-bitching won’t hit you hard because the faith in you, makes you rigid enough. You may even attain the strength to oppose or accept the majority, based on the facts. You would also respect the other’s opinions by paying heed to them and accepting their thoughts. In later stages, you may gain the confidence to face any sort of situation.

Egoistic behavior is not preferred in most of the scenarios. To quench the thirst of someone’s superiority is the only task that a sycophant can do. They would neither learn from their mistakes nor analyze them because they simply can’t bear being pointed out by someone. Yes, an egoistic person does indeed have high self-esteem but they react to the extreme, being unaware of the current situation and the consequences can go beyond the prediction(might be hazardous too).

So, one thing is clear: “Ego needs to be crushed and Self-Respect should be raised till its peak”

Here’S Why We Need To Respect Each Other