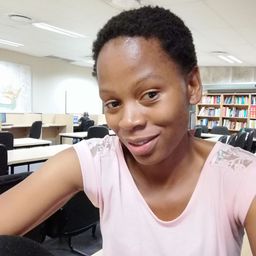 Feminism movement has gained popularity over the years. With men becoming part of the movement, feminism has unmasked gender stereotypes. The movement strives for gender equality in all aspects of life, however, the majority feel like it is biased and ignores male gender issues, in turn, undermining feminism definition of fighting for equality.

Other people believe that women’s fight for freedom and equality is failing to recognize male’s rights to live in our society freely. Some feel that devout female feminist use the movement to oppress men. Moreover, a certain number of women feel that some male feminists hide their toxic masculinity behind feminism. Human right violation, gender inequality and other forms of injustice may result due to “toxic" feminism movement

The goodness of feminism movement

Feminism movement, women empowerment and other platforms gave women the ability to voice their opinions. In families and societies, women are able to take initiative and participation in activities that only male counterparts would have beeen involved in. These include women’s freedom to initiate divorce or separation, leadership roles in religious places and work environment to mention a few. The liberal gave women the autonomy to make choices about their lives.

The bad side of feminism movement

While the movement has done wonders in many areas, it has also faced criticism in other areas. We can acknowledge that in all aspects of life everything has a good side and a bad side. The bad side of feminism often leaves people confused about gender equality definition, human right, theimportance of gender equality, gender issues and many more. Below are the few points that highlight injustice brought by feminism:

Many people used to describe feminists as women who hate men and apparently that definition is still apprehended by many. We see devout feminists taking a back seat when males face injustice against women. Some of the quotes by feminists support misandry and sexism. “I want to see a man beaten to a bloody pulp with a high-heel shoved in his mouth, like an apple in the mouth of a pig.” Andrea Dworkin.

As much as feminism fights for gender equality, these goal faces imbalance of some sort. A gender stereotype is still at the forefront in many cases. This may be seen in trivial matters such as the definition of a true "gentleman" and men's role in society. Other pressing matter may include society’s inability to believe male sexual harassment, and other forms of abuse. A little is done in these cases and men continue to suffer in silence when faced with abuse or any situation that calls for man’s masculinity to be questioned.

Clearly, a lot of work still needs to be done in our societies to encourage feminism movement to serve all genders with equality and less sexism.