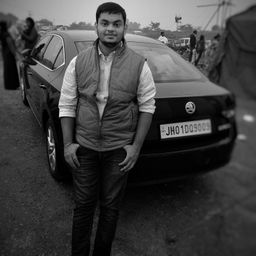 By?
You? ME? Mob? Politicians maybe? Movie Stars?
Nope. The Doctors.

Do we need more reasons to value the role of a doctor in our society?How well obliged are we towards this profession?

Every now and then, we hear about the harassment of doctors over trivial matters… NO ACTIONS TAKEN against the aggressors…We won’t find any actors or social activist reaching this issues. No posts with cards And #ShameonHindustan came around…

The recent most issue was seen at NRS Hospital Kolkata. Where an intern was beaten up by the patient’s relatives when the terminally ill 85 year old died. The Doctor on duty was hit on the head with a rock and have received severe Injuries.

The blow to the head is so harsh that it created a depression in the skull.

The protests are ON and the forum decided not to go to work for a day. So no doctors for a day...

Shame on You Indians!!

Everything You Need To Know About Kidney Failure

Shubha Verma
Shubha Verma
0 views
Deepanshu Singh  •  25w  •  Reply
How do you get these much views? Please tell me, I need Views to complete my Internship.