Railways: A Means Of Transport For Everyone 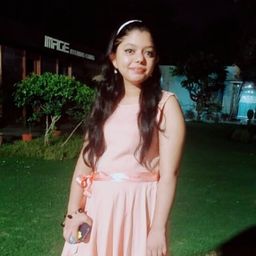 The railway system in India started in 1853, when the first railway line between Mumbai and Thane was inaugurated. This was followed by the opening of other railway lines between Kolkata and Raniganj in 1859. Thereafter tremendous progress was observed in the development of railway network after Independence (1947). Originally the railways were operated by the British companies but in 1950, the entire railway management was taken over by the Central government.

1. India has the largest network of railways.

2.Railways serve as the principal mode of transport for both, freight and passengers.

3.They unite people from one corner of the land of the other.

4.Railways serve as the cheapest mode of transport for bulky products over long distance e.g. coal, iron ore, petrol and many other raw materials.

6. Railways play an important role in the process of economic development and urbanization.

7.Railways promote integration within the states, e.g. connecting eastern states to west and northern to south.

9.Railways help in the administration of the country. It also helps in safeguarding its sovereignty and integrity. It helps in easy movement of heavy defence equipment, troops, police and military within the country.

10.The construction and expansion of the railways have improved the economy of the country considerably.

11. Local trains are becoming increasingly important in metro cities. Mumbai has the best network of electrical suburban train which has been the best mode of transport for the past many decades.

12. Kolkata and Delhi have the underground railway called the Metro. It was constructed in different phases from 1972 to 1995. It has been a great achievement of the state governments.

13. Superfast trains like Rajdhani Express and Shatabdi Express have been introduced to facilitate the fast movements of the passengers. They move at the speed of nearly 100 km per hour or more.

Main problems of the Indian Railways

1.Railways face a tough competition with road transport, as roads can deliver the goods at the doorstep.

3.Unsafe due to poor maintenance - frequent accidents due to human errors, terrorist attacks and faulty track repairs, loots and robbery incidents have made the rail journey unsafe.

4.Poor management, poor maintenance of the train compartments, lack of amenities at the railway stations have resulted in an inefficient image of the Railways in the eyes of the public.

5.Out of lakhs of employees from the Railways, majority are unskilled and untrained. They are inefficient and not dedicated to the service. This also affects the public opinion and leads to unnecessary problems like delay in running of trains and inconvenience to the public.

6. Lack of passengers facilities - cleanliness at the railway stations and rail compartments and lack of security arrangements are the other problems faced by the common man.