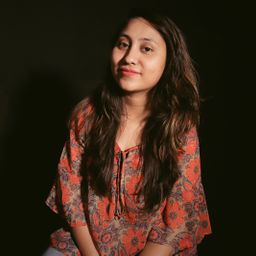 It seems like everyone is loving to get old but on the other hand do not want to lose their anti-aging cream, lying on the table. This week was full of Face app selfie session where we found people in almost every social media sites trying the app to see themselves aging including renowned celebs like Jonas Brothers and why to sideline our most desired celebrities of Bollywood? I doubt even anyone is left with trying out to look old by using the app. It seems like everyone is loving to watch themselves growing old at the same time. Then why not going to the parlor and dye your hair white instead of other colors? I bet no one will be keen to try out this experiment.

The pleasant element about this phone is that you can take control of your younger variant as well as the elderly model. According to me, the most viralized image was the cricketers ' face change. Within such a brief period of moment, the Face app created a great spot. But do you understand that it can be hazardous? Your privacy and security are at stake the more you use the app.

But the matter of fact is that the “old age filter” developed at Wireless Lab in St. Petersburg, Russia in 2017 further raises safety issues which can later give access to your private information, data and identity as notified by the experts.

People around the globe seemed to be using the app to demonstrate what they might look like when they get older. People even hurried to download the app and see their selfies turning grey that FaceApp is presently the App Store's top free app.

But have you ever thought that FaceApp can do anything with your selfies? FaceApp can do efficiently what it wants. But that brings FaceApp is pretty good business. Over the years, other prominent tech businesses have likewise inserted language into service to assert their rights to use names, images and other material shared by customers as they please.

To use the app, iOS users pick particular pictures they want to put filters on, and there is no proof of a user's entire picture roll being downloaded from the app. To apply the filter, the business uploads particular pictures to its servers. As iOS scientist and CEO of Guardian Firewall Will Strafach stated on Twitter, FaceApp never says it's downloading the filtered picture, but it's not uncommon.

It’s not our cup of tea to understand if FaceApp deletes the picture information, but we're uploading pictures of our faces to the servers of businesses all the time. While pictures uploaded to the servers of FaceApp, the St. Petersburg-based Developer Wireless Lab claims to be deleted after 48 hours, TechCrunch reports, although it is not apparent what happens to the remainder.

In this situation, the only distinction is that unlike Facebook or Google, FaceApp is based in Russia and thus inherits ill will due to the perception of the nation by Americans. FaceApp claims there is no transfer to Russia of user data. Researcher Jane Wong also published her results around FaceApp and stated that she wanted consumers to be able to delete their information, although they now appear to be able to apply.