Cultural Tea Traditions Around The World!!! 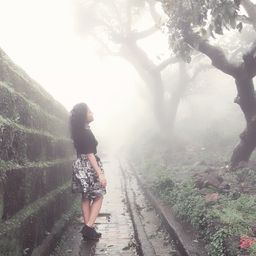 Tea is one of the most ancient beverages on the planet, and it’s made by soaking dried leaves in water. Most of the people choose to drink tea instead of coffee for refreshing themselves without the same level of caffeine. Drinking a cup of tea every day can help you stay healthy and happy. Tea is a complex beverage with different flavors and varieties due to varied cultivation regions and production methods. There are thousands of different types of teas ranging from the classic true tea varieties to endless herbal tisanes and spiced teas.

Here are seven of the most interesting tea traditions from around the world and what makes each one so unique.

Earl Grey is a catchall for any black tea flavored with bergamot oil, giving it a distinctly bitter, citrus flavor.

Traditionalists will tell you to bring water to just below a boil in a nonreactive vessel like a glass kettle, steep loose-leaf tea for three to five minutes, and serve with lemon and sugar.

The national drink of India is called Chai, which is a black tea infused with flavors of ginger, nutmeg, cinnamon, pepper, cardamom, and cloves. It has been popular for centuries and is the first thing offered to any guests. Masala chai in India is a black-tea-based drink traditionally made from leaves harvested in the Assam region of India. Tea has historically held medicinal value in Indian culture, so many of the herbs and spices associated with masala chai have been linked to ancient Ayurvedic scripture.

Po cha, also known as butter tea, is closely associated with Tibet though it’s popular throughout the Himalayan regions of Southeast Asia. Traditional po cha which is made with, black-tea leaves from the Pemagul region are boiled and left to steep for several hours. After, fresh yak butter and salt are added to the strained tea, which is then shaken or churned, creating a thick tea that is enjoyed from bowls rather than mugs.

Matcha is prepared in the same way today as it was in the 12th century and is essentially dried to the point where it can be ground into a fine, bright green powder to then made into a drink.

The tea is sometimes used as the basis of a traditional Japanese ceremony called Chado (“Way of tea”), the ceremony is a spiritual experience where the host may spend a lot of time preparing for all the correct gestures and movements required.

The actual ceremony involves several stages. First, guests are ushered into a room known as a machine to purify their hands and mouths, then greeted by their host with a bow. After, bright green and mildly earthy matcha powder is mixed with hot water and whisked with a bamboo tool, creating a paste to which more hot water is later added. A single bowl is then passed between guests until it’s empty, and the ceremony ends with a final bow.

Russia, having embraced tea culture, They have truly made it their own with the intensely strong tea drink known as zavarka. A samovar is a metal urn which is ornately decorated & designed to heat water and brew tea. For a time, Russians even believed samovars possessed souls because of the noises they made while heating water, sounds colloquially referred to as “singing.” These days, electric samovars have largely replaced more traditional coal or charcoal-powered versions.

Innovation in Chinese tradition is Taiwanese bubble tea. The fun of drinking bubble tea comes from slurping up the chewy, mildly-flavored, balls of boiled tapioca starch with big gulps of milky, sugary tea. You will flavor range from lychee to ginger, and you might even stumble across avocado or sesame-flavored bubble tea.

This is a quirky creation of teahouse and in the decades since it’s become an international phenomenon with bubble tea shops popping up across Asian, Europe, and the United States.

This South American nation has yerba mate. An herb “tea” made from its titular herb. Called “the drink of the gods,” it’s a staple of Argentinian life. Mate is prepared in a small pot from which it’s drunk through a special straining straw called a bombilla. To say “thank you” in this situation is seen as declining the drink, which is a grave insult. Even the Argentinian soccer players were seen sipping mate out of bombillas before their game against France a couple of days ago. Whether hot or iced, mate is regarded as a social facilitate, as single servings are often passed between friends and family during celebrations.