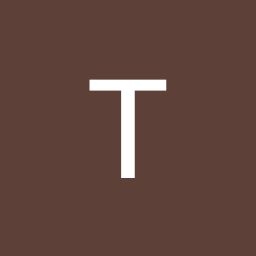 It’s the world’s first cryptocurrency, Bitcoin is the online currency that is stored and exchanged securely on the internet through a digital ledger known as a blockchain. Bitcoins areeasily divisible into smaller units known as satoshis — each satoshi is worth 0.00000001 bitcoin.

Bitcoin(BTC) as discussed above is adigital currency, which is used and distributed electronically.

Bitcoin is decentralised peer-to-peer network. No single institution or person controls it or it’s working. Bitcoins can’t be printed and their amount is limited to an extent – only 21 mln Bitcoins can ever be created.

Bitcoin was firstly used a term in an open-source software by an anonymous programmer, or a group of programmers, under the aliasSatoshi Nakamotoin 2009. Nakamoto who himself isa 37-year-old male living in Japan, because of his perfect English and his software not being labelled in Japanese, exclaimed this young man. There arereasonable doubtsabout this. Around mid-2010, Nakamoto moved on to other things, leaving Bitcoin behindin the hands of a few prominent members of the BTC community. After all thisSatoshi namedGavin Andresena lead developer.

It has been estimated through a study that Nakamoto owns around one mln Bitcoins, which amounts to approximately $3.6 bln as of September 2017.

How to Invest in Bitcoin?

The difficulty of buying bitcoins depends only on your country. Developed countries have more options, opportunitiesand more liquidity.

Coinbaseis known to bethe world’s largest bitcoin broker and available in the United States, UK, Canada, Singapore, and most of Europe.

You can use the exchange finderto find a place to buy bitcoins in your country.

There is no official or stated Bitcoin price. Bitcoin’s price is set by whatever people are willing to pay and declared accordingly.CoinDesk’s price indexis a good resource to know the current price.

Bitcoin’s price is generally shown as the cost of one bitcoin at a time. However, exchanges will let you buy any amount you wish to, and you can evenbuy less than one bitcoin. Below is a chart showing Bitcoin’s entire price history from 2012-2017:

How is Bitcoin taxed?

Bitcoin is yet to be obtained a legal tender in most jurisdictions, but some tax authorities have acknowledged its significance and proposed specific regulations on the purchase of it. Those regulations significantly varyfrom country to country.

A quoted example (source : https://cointelegraph.com/bitcoin-for-beginners/what-is-bitcoin) , the U.S. Internal Revenue Service treats Bitcoin and all other prominent digital currencies as a property rather than a currency. Every taxpayer selling goods and services for Bitcoins has to include the value of the received Bitcoins in their annual tax returns. Miners are also subject to U.S. taxation, but only if the mining proves to be successful.

Source of the table : https://cointelegraph.com/bitcoin-for-beginners/what-is-bitcoin