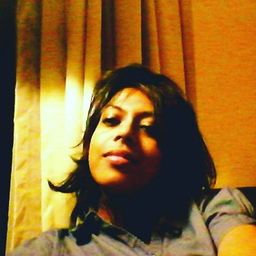 Cinema! Okay! A lot of amazing and enchanting thoughts touch our minds whenever we hear this word. It is the most powerful medium that had been influencing human beings since the time immemorial. It exposes us to various facets of life. It makes us sentimental. It inspires us. It refreshes us. Last but not the least it makes us believe in ourselves and in others. We always say yes to cinema.

But do we have any idea about how costly affair, this cinema making is!

Perhaps we do or perhaps not. Therefore, without wasting any more time in thinking about it, let’s just dig deeper and try to understand why at all there is a lot of money quotient involved in it and what can be done to minimize this factor.

Initially there used to be a flexible film passing mechanically through a camera and light would be hitting that strip of film to produce motion pictures.

Light would get reflected from people and things and get filtered through a camera to transform emulsion. The emulsion, then, would be processed to reveal cinematic scenes like actor riding on horseback and chasing villains etc. “Gone with the wind”, “The God father” are the masterpieces that we love and treasure, are being created by this technique.

Now the age of digitization has approached where movies are produced with the aid of computers. Digital technology is transforming the concept of movie making and its distribution. A new revolution has commenced in the form of 3D releases, DSLR cameras. But why would film makers do away with authenticity of films and embraces the sophisticated look of digital?

In the movie “Black swan”, the subway sequences were shot using canon 7D as there were several credits attributed to digital format. Any Tom, Dick and Harry could shoot cinema-quality imagery for low price than that of the computer. At the same time when many professional film cameras cost many dollars, DSLR cameras are quite a catch. It is quite easy to accommodate a DSLR camera in the subway car than a film camera.

Digital cameras are faster, giving instant output. On the other hand, handling stacks of films require patience and time. The most important difference between the digital format and film can be witnessed on the set. Whenever a film reel runs out of reel, it is a permanent effect. But when digital cards run out of space, it could either be disposed off or recycled easily. This phenomenon alone is capable of thrusting production financially. In the movie, “The social network”, RED camera allowed director David Fincher to have multiple takes. Digital copies can be made without causing any harm to the originals.

Movies moves to the theatres of remote towns on the same day of release because of digital technology. This results in reduction of piracy. In the absence of satellite technology of digitization, the distribution would have taken months.

Revenues from smaller towns becomes possible because of greater reach resulting in higher ROI. Even small budget films could release greater number of prints to the theatres.

But no matter how effective digital moviemaking becomes, there will always be a huge mass of filmmakers who would prefer the old-fashioned traditional films as they are well acquainted with the technology. Depth of field and broad exposure latitude are the advantages related to the usage of films. Shallower depth of field is required for shooting 35 mm film. This is essential to catch the attention of the audience. According to Wikipedia, the exposure latitude is defined as “the extent to which the light-sensitive material can be overexposed or underexposed and still achieve an acceptable result”.

My point is that, film has broader exposure latitude than a video, meaning overexposed or underexposed areas are translated better on a film rather than on digital media. So, broader exposure latitude provides with a lot of opportunities. Film gives good resolution too. In all these aspects, digital format does not do well. Further, movie theatres have yet to be transformed into a complete digital format by mass introduction of digital projectors. There are certain theatres which accommodate at least one or two projectors that could showcase certain cinemas in digital format, but the irony is that the studios transfer digital movies onto film reels in the theatres.

But which is better

Debating regarding this is very much analogous to debating on apples vs. oranges or girls vs. boys.

It’s all rests on what you want to do i.e. usage or application dependent. Therefore, each one excels and stinks at different areas.

But as the century moves on, everything has attained acceleration.

People especially the younger generation, tends to accept the new, advanced technology that comes in their way, leaving behind the old ones.

In the coming century, the whole world will move into the digital era, which is very much efficient in the matter of speed and cost effectiveness. As time is assuming an important role, people will be forced to adopt such advanced technologies that would save both the components. It could be assumed from the recent trends that movie industry would be completely digitalized, as, among its shortcomings, it has got essential benefits to offer.

Films are becoming more and more obsolete, though not moving towards complete extinction but this transformation however slow it is, will definitely happen.

Digital Agency For The Now