Atomic Energy Use And Abuse 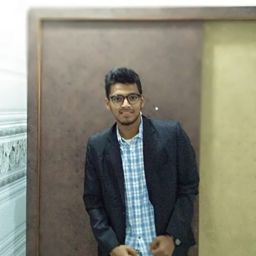 It is ironical that the world is afraid of the smallest thing available in the universe. It is the atom, In spite of its smallness, it contains unbelievable quantities of energy. This energy can be used for the well being of mankind. At the same time, it can also wipe out humanity and humans from the earth.

Even the Indian scientists like 'Kanada' talked about the atoms. Scientists discovered the nature of an atom after a long investigation. Dalton theorized that the atom is not divisible. But later different scientists came and proved atom can also be divisible into parts.The division of atom released huge quantities of energy. Thus the atom bomb came into being. It can also be said as the turning point of the history of science.

Atomic energy can either make or mar human life. Man's future depends on the proper use of this kind of energy. America has the infamous credit for using atomic energy to kill people. It dropped atomic bombs on two cities in Japan during the second world war. The 2 cities smashed in no time. Millions lost their lives, Atmosphere got polluted, Land lost its fertility. This incident shook the world with fear. Since then two superpowers America and Russia started producing these weapons. A cold war started between the two. Now there are nuclear weapons in the world that can destroy the world hundreds of times. This the main negativity of Atomic science and Atomic energy.

Atmosphere after bombing Hiroshima and Nagasaki.

But there are several peaceful uses of atomic energy. A number of things can be done by using nuclear energy. Production of electricity is possible in this way. Countries like India have shown how atomic energy can be used for the welfare of mankind. The use of atomic energy can convert desert into fertile land. It has its use in the fields of agriculture and medicine. All the nations the world should vow not to use the atomic energy for wrong ends.

Mankind prospers when atomic energy is kept for proper use.