The Impact Of Casual Drinking On Your Overall Health 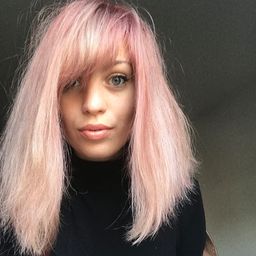 The debates about whether alcohol is good for us or not have been going on for a while, and what we know for certain is that if drank in moderation, it certainly won't do you any harm. However, not only will it not be bad for you, but it can actually contribute to lowering the risk of several major illnesses as well as prolong your life. Moderation is the key, and if you like to indulge in a glass or two of whiskey a day, or you indulge a glass of wine over dinner, it will have a plethora of benefits for your health.

According to a study published in the journal Diabetologia, having a glass or two of wine every few days may help protect against type 2 diabetes. As the study showed, those who drank three to four days a week had a 30% less chance of developing diabetes unlike those who drank less than once a week. One of the possible reasons for this is the polyphenol compounds in red wine which are likely to help manage blood sugar levels and keep them in check.

Not only is alcohol good for your physical health, but it also plays a significant role in social cohesion. Namely, people who don’t have a habit of going to a local pub are likely to have a smaller social circle and have greater chances of becoming less trusting of their community. Visiting a local pub is directly correlated to the size of a person’s social network. Furthermore, their pub visiting frequency will also affect their level of engagement with their local community. This can further affect how satisfied they feel in life because social networks buffer against mental and physical illness and if you’re not socializing enough you can end up with some serious emotional and mental issues.

Have you ever been in a stressful situation where you just had to have a sip of something strong to take the edge off? If not, you should know for future reference that only one serving of whiskey can settle the nerves and calm the brain. To understand all the peculiarities about whiskey, it would be a good idea if you started learning more about the process of making it. To do that, you can book a whiskey tour and observe how whiskey is made and hear all about the process through which it goes on its way to being bottled.

Wine is healthy for the heart

According to a study, people who did not drink wine were at a higher risk (12% to 65%) of eight heart ailments, unlike those who drank in moderation. Heart attack, stroke and sudden heart-related death were only some of the eight conditions. Non-drinkers had a 33% more chance of unstable angina and a 56% more chance of dying unexpectedly from heart disease. Therefore, a glass or two of wine a day is likely to protect you from serious heart conditions.

Aside from wine and whiskey, beer can also be beneficial for your well-being. Having a pint or two a day could help reduce the risk of having a stroke. According to research conducted among Chinese adults, a moderate daily beer intake slows down the decline of high-density lipoprotein (HDL), or "good" cholesterol, which is one of the best ways to prevent stroke. So, if you’ve been thinking about giving up your daily dose of beer, think again. It’s actually good for you.

If you’ve been worried about jeopardizing your health by occasionally indulging in a glass of whiskey or wine, you can finally have peace of mind. As long as you’re drinking in moderation and not ending up hungover the next morning, not only will your body be all right, but it will potentially prevent various chronic illnesses.

10-Secret To Live A Life Long