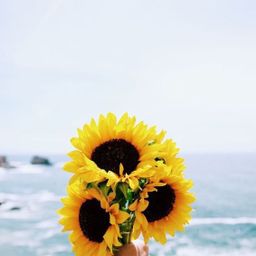 The holy river Saraswathi is still a mystery. Many studies and researches are going on to unfurl the mystery behind this mysterious river. The latest among them is the K.S. Valdiya committee report. This committee comprising of archaeologists, geologists and hydrologists. Their report says the existence of the river Saraswathi. Before going through the latest report, let's have a look into her past.

River Saraswathy is mentioned in Rigveda, Mahabharata, Ramayana and in some Sanskrit texts too. Saraswathi is one among Saptasindhu, the seven sacred rivers mentioned in Rig Veda. The Sapta Sindhu refers to the rivers Saraswati, Satadru (Sutlej), Vipasa (Beas), Asikni (Chenab), Parosni (Ravi), Vitasta (Jhelum) and Sindhu (Indus). Ancient texts say that she begins her journey from Himalayan glaciers in Har-ki-dun in Uttarakhand and emerges at Adi Badri in Haryana, through the foothills of Shivalik ranges. About 5000 years ago, the river covered almost 1600km through Himachal, Haryana, Punjab, Rajasthan and Gujarat and parts of Pakistan. The Saraswati is believed to have had three tributaries, Shatadru (Sutlej) originating from Mount Kailas, Drishadvati from Siwalik Hills and the old Yamuna. Historians believed that it got disappeared about 3500 years ago. The Mahabharata mentioned that the river Saraswathy disappeared in a desert. In Rig Veda, the river is mentioned as flowing between the Yamuna in the east and the Sutlej in the west. According to a historian Michel Danino, in ancient times a river flowed into the Ghaghar Akra valley and into the Rann of Kutch, he identified it as the Vedic river Saraswathi.

Geological studies reveal that the massive landslides and avalanches were caused by tectonic events which occurred about 1.7 million years ago in the entire Siwalik domain, extending from Potwar in Pakistan to Assam in India. Those disturbances, linked to the uplift of the Himalayas, continued intermittently. Presumably, one of these events must have severed the glacier connection and cut off the supply of meltwater from the glacier to this river. As a result, the Saraswati became non-perennial and dependent on monsoon rains. The diversion of the river water through the separation of its tributaries led to the conversion of the river as disconnected lakes and pools. Finally, it was reduced to a dry channel bed. Therefore, the river Saraswati has not disappeared but only dried up in some stretches.It is believed that a part of the river Saraswati still exists as Ghaggar in Haryana, the rest of it has disappeared in the fringes of Marusthali or the Thar Desert.

The latest report said that the Saraswati river originated from the Himalayas. It was approximately 4,000 km in length and flowed through India and Pakistan before reaching the Arabian Sea.The river had two branches the western branch and the eastern branch. The confluence of the branches was near Shatrana, 25 km south of Patiala. From this confluence point, river flow crossed dessert (Rann of Kutch) and meet gulf of the western sea.

Anyways, in the coming years let's see more scientific reasons behind the disappearance of the holy river Saraswathy. Technological advancement will pave the way for it. In the near future, we might get a chance to see the rebirth of this holy river. Let us hope so.