Do Not Vote For Free Rides 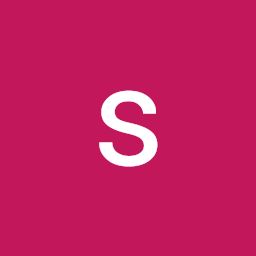 The ‘proactive’ Aam Aadmi party has made another flawed decision this time being in charge of the Delhi Government. Few days ago, Kejriwal government announced that they would not be charging any fare from ladies in Delhi metro and even in buses. This response emanated obviously after seeing their ill-fate in Lok Sabha elections. Also, due to Vidhan Sabha elections in Delhi being round the corner, situation has become more tense for them. Now being too desperate to retain the position of power in Delhi, they are trying to fool people by temporarily satisfying their emotional quotient until the storm subsides.

This decision is flawed on top of being implemented at this inappropriate juncture. How come AAP is thinking that the masses won’t be able to grasp this vote-seeking strategy, especially when it has become absolutely clear from the general election results that the voters are no longer influenced by religion based, caste based and other trivial manifestos?. The AAP government miserably failed in other conspicuous decisions taken over the last five years. Scheme of installing free WIFI in public places seems to be implemented only on papers. Odd-Even strategy was also condemned by NGT last time and couldn’t be implemented again. The government’s ambitious plan of installing 1.4 Lakh CCTV cameras has also not even started yet. Only thing promulgated by the government in terms of betterment of the city seems to be education and schools, which are not ample for influencing people to vote for them. As a result, providing free rides solely comes as a palliative measure and is very transient.

Another shortcoming of the move is dismissing fares of public transport only for women. It is upsetting to know that a very basic and ubiquitous problem of avoiding comfortable forms of commuting by someone due to financial constraint is seen as a ‘women-specific’ issue. Providing free or concessional fares to every financially distressed individual could have been a much better option. Moreover, state government also claims that the loss of revenue to the DMRC (Delhi metro rail corporation) will be faced by them. The state government is obviously not having infinite money supply in their office via tap. The burden will eventually be on the taxpayers only.

When Odd-Even scheme was implemented in Delhi, the AAP government explicitly mentioned that women are exempted from following this scheme as the public transport is not safe for them. And now instead of working on the safety measures, they have made the travelling free, thinking that more women using the public transport will reduce harassment. What everyone missed is that a poorly managed system in metro and buses is the problem which cannot be solved by giving preferential treatment to a particular gender.

do check these links for more information: