Stuck In The Mystery Of Time (Pt3) 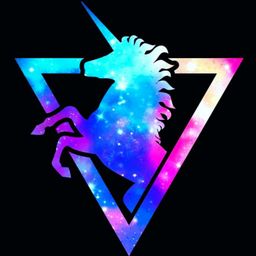 I walked into the graveyard to find Alex who looked at me and questioned me with his tear filled eyes. I knew that this is the first time he is seeing me and I introduced myself. He still didn't utter a word but stood up and nodded his head and walked past me..

'Alex stop.' I said as I ran after him. He stopped and looked at me dead in the eyes and said 'I really appreciate what you are doing but I don't know you and thankyou for your condolence.'

I stopped him again and explained to him my state of being, about how I was randomly porting to different places and looking at different things because of a watch. He quite understood my miserable plight. At first he looked at me as if I was a lunatic, but when I showed him the watch he told me it belonged to his long dead grandmother.

He told me about how he lost his beloved wife to-be on the day of his wedding because of the fire caused at the church. To my surprise, it turned out to be the same church my parents died at too. We now stood there as the sun was setting and darkness creeper more into our lives. I broke down knowing the fact that it was not just an accident but an act planned to make it look like an accident. Alex tried to help me with his words but nothing helped.

He escaped the fire because he was nervously practicing his words outside the church with his brother, when the whole building blew up he tried running in but was stopped by his brother who held him back from his death. They both then saw his uncle who drove away in his car with a smile, not noticing them and knew for once that it was him who was responsible. The sun went down, and so did all the light in my life.

I sat on the couch sipping my coffee Sam had prepared for us. Ever since the graveyard discovery, I lived with Alex and Sam. The brothers who were as curious and angered by their uncle who flew away to a distant country. Sam is the older brother explained to me about the magical pocket watch that belonged to a witch who raised them. The same person who Alex thought was his grandmother. Neither of the two knew what happened to their parents, but were told that they were immigrants and died due to I'll health while the two were too young.

They allowed me to stay in the same room I had chosen. Yes, the house I had planned on moving in belonged to these brothers. I was also afraid that the old lady that told me about the house was none other than the witch, but that did not bother me as much as the thought.. ' if it belonged to them.. then when I planned on moving into the house.. where were they? Did they die? Did they move away? I was now very attached to them to see anything go wrong with them. How I wish I could use the watch, but the very thoughtful grandmother of theirs made it functionable only one time in order to avoid it's misuse and now I'm here stuck in an ocean of unanswered questions. Now that I knew that the watch was not important or useful to me in anyway, I handed it over to Sam.

Days passed, turned into weeks. We knew the uncle, by name Kevin, had to come back in time in order to complete the unfinished. I couldn't quite understand the confidence in Sam's voice either when he told about how sure he was of Kevin returning.

We kept the countdown of days. Well, as what Sam said, Kevin was to return tomorrow. I went to bed with a lot of thoughts that wouldn't let me sleep. Alex game me a box before I came up to my room. It was his pistol, a very vintage looking one. It belonged to his father and it was passed on to the younger son by the grandmother while the older one was a master of the blades and knives. Sam held a collection of aesthetic looking knives. Alex thought me how to use a gun in my defence as he knew it well. I took one last look at it as I placed it back in my cupboard.

Next day I woke up hearing a gunshot, my heart pounded in fear. I took out my gun from the cupboard and held it tight. I waited and listened with all my might. I didn't hear a thing, I opened the door with utmost caution and walked down the stairs without making a noise. I saw a lot of blood on the floor and trails of blood, as if someone was shot and dragged, I decided to follow the trails when I saw Alex running into the kitchen as if he was trying to hide from someone. I ran right behind him when I peeped into the window which he was looking through too.

I saw a sight that looked familiar, a man being dragged, with blood dripping down his hands, my heart stated aching with a lot of pain. This time I was not seeing myself, it was two men, dragging Sam. I couldn't resist myself, but screamed a loud 'no' with a lot of anger which caught the attention of the two men. I rushed out of the kitchen and out of the door, Alex followed behind.

As soon as I opened the door, all the sounds were cut out and tears blurred my vision, I lifted the gun in my hand and shot one of the men and Alsx shot the other. No voices I could hear after the two gunshots.

We both then ran to Sam who lay there dead, we cried our hearts out, screamed in despair, nothing....nothing could bring him back to life. We cried and cried and cried. Sam is dead. No, this could not be real. We both desperately cried in so much pain as if it would bring him back to life. He may have taken the bullet down his body, but it was as if someone shot me straight through my heart, it hurted so much as we sat there crying.

We had his body buried in the same graveyard. We stood there again, it was back to the point where I was more broken.

But I knew one thing, if justice has to be done.. it could only be death.

And this was definitely not the end.