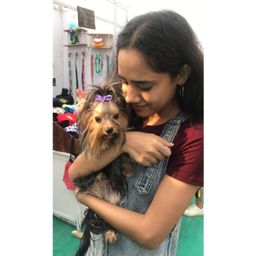 If there is one place on Earth that serves a delicious cocktail of Philosophy, arts, romance and history – it has to be Paris!

Bonjour! Anyone who has ever dreamt about travelling the world has always kept Paris in their bucket list. And why not, it's an enchanting city which in the words of M.J. Rose is a "city for all the senses, for artists and writers and musicians and dreamers, for fantasies, for long walks and wine and lovers and, yes, for mysteries."

La Ville Lumiere or the City of Lights is visited by over seven million people annually and is one of the most spectacular places you are ever likely to visit. So, call in a few days sick from work and start packing your bags already.

Is it Travel o'clock, yet ?

Paris has a temperate climate with warm summers and cold winters. However, light showers can come and go quickly throughout the day.

Most highlights of the city can be easily covered within 3 days. However, if you want to explore the diversity of this city, you can plan a minimum 5-day vacation here.

Orly is closer to Paris, however, it does not have good public transport links. Whereas, the RER train - Line B will take you directly from CDG to central Paris. You can also reach Paris by train as it is well connected throughout Europe by rail.

Public Transport in Paris is divided into metro, tram, RER express trains and buses. However, as the city is spread across roughly 6 miles, visitors have a wide range of options when it comes to transportation.

Paris and its suburbs are divided into 6 zones. Zones 1 and 2 cover the central city and all metro lines.

Paris Visite Pass is valid for 1,2,3 or 5 days with unlimited use on the transport services. Fares vary according to the number of days and travel zones selected. You may buy a Pass that covers either Zone 1 to Zone 3 or Zone 1 to Zone 6. The latter option will allow you to go all the way to places like Disneyland, Château de Versailles and both CDG and Orly airports, as they lie outside the city.

However, you could also use services like Velib, which offer a public bicycle sharing system at low costs or take a stroll around the city. As Paris is a compact city, walking or cycling won't be cumbersome at all.

Hotels in Paris are quite expensive hence, it is advisable to book a place away from the major attractions to cut down the cost. As it is well connected through public transport, you can easily travel across the city even if you are staying on the outskirts.

For people who are travelling on a budget, Airbnb is the best option available. It has a wide range of private as well as shared apartments which you can choose from according to your preference.

Well, this has been the first blog about Paris which gives you the basics about the city and how to reach there. However, for the detailed itinerary skip to the next part of the blog https://wrytin.com/shriyaagrawal/paris-travelogue-part-2-jxlwq3ao

Paris, First In My Travel Wishlist

A Girl On Europe Trip

Paris- The City Of Lights

6 Most Beautiful Cities In The World