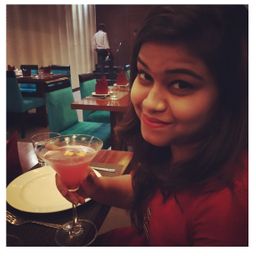 Rumours are mostly a projection of the individual who started them.

I was sixteen when I joined a new school for my plus two studies. The new school was absolutely different from the old one where I had grown up. There were no strict rules, no behavioral patterns, no discipline and no one to look into these matters which are obviously important building blocks of a school. I had to attend the first week in casual dresses as I had not yet received the dress material for my school dress and due to this the new kid in the school became quite prominent in the eyes of everyone. I was yet to make new friends when I started noticing people staring at me in an uncanny way, like they know something about me, something woeful which brings me down and gives them a chance to judge me. I had a difficult time making new friends as everyone chose to stay away from me and I instantly knew some rumours must be doing their rounds in the school. I wasn't even spared by the teachers from 'that look' and I became a victim of partiality.

After a week or two when I made new friends, I got to know all the rumours people had spread about me. As a sixteen year old I was appalled to hear such things about myself, but now when I look back, I realise how damaging it was. I literally had four friends whom I could trust; the others stayed away from me like I were something ominous. These rumours never stopped till my last day and new rumours popped up every new day.

It broke my heart to find such people talking rubbish about me who did not even know my name and referred to me as 'the new girl with two braids'. I became more self-conscious and my concentration shifted from studies. Everywhere I went I could feel eyes looking at me, eyes filled with contempt and I can never explain how it felt to be in such a limelight. In every examination I somehow scored bad marks while the ones who were preffered by the teachers scored good marks. My confidence in myself had been shattered to pieces and I became even more introvert and socially awkward. This should never happen to anyone - neither to a six year old, nor to a sixteen year old, not even to a sixty year old.

Forget the slander that you hear before you repeat it.

I couldn't stop the rumours from spreading, and I couldn't really change people's minds who believed them. As a sixteen year old I could not sit back and laugh at these low life people. I was seriously affected by them and the worst part was I could not stop them from doing their spreading.

These rumours broke me down in ways I could never imagine but they also made me strong. Now I know how to turn a deaf ear towards people's judging and how important it is to keep ourselves strong when such rumours start to raise their heads.

Let us put a stop to these rumours. Let us seek to build each other up, not tear them down.