Agra: The Mughal Capital Of India 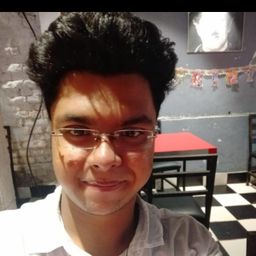 Agra is the home of the beautiful Taj Mahal which is considered among the 7 wonders of the world. Agra was the Mughal Capital of India in 1526 and was established by the great Mughal king Babur on the banks of river Yamuna. In the present day Agra is one of the most industrially developed cities in India and consists of a huge amount of human population. Agra is well known for its beautiful palaces and forts which depicts the wide variety in architecture 16th and 17th century.

Taj Mahal is one of the most beautiful and extravagant monument which is a symbol of love. It was built by the Mughal king Shah Jahan in the memory of his beloved wife Mumtaz. It took more than 22 years and 20000 people to build this beautiful structure. The equipments and materials used to make Taj Mahal was brought from different parts of Central Asia and other parts of India, it took more than 1000 elephants to carry those equipments and materials to the destination. The beauty, elegance and the art work of Taj Mahal attracts tourists from all over the world.

Akbar was the greatest and most popular Mughal emperor. His contribution towards the rich heritage of Agra is immense and it is famous in the entire world. He broadened and devised the horizon of many fields that includes religion, art, literature and architecture, Sikandra fort is one such example of his contributions. The fort is constructed with red sandstone and it has unique and exclusive carvings and designs that reflect the images of great emperor. It was the used by Akbar to carry his variety of projects like religion, literature, art and statesmanship. It is situated in the western part of Agra which is 10 km away from the center of the city. Akbar Mausoleum is the tomb of the great king and Emperor Akbar. The tomb is made up of white marble and red sandstone, it is situated at the center of a beautiful garden where animals like deer, monkeys and peacocks are found.

Agra fort is a fort which was also constructed with red sandstone and is situated on the banks of river Yamuna. Shah Jahan completed and upgraded the fort with white marble. Fatehpur Sikri is a small city situated at 45 km west to Agra. It was the capital of Akbar’s Empire and consists of beautiful buildings made of red sandstone; Buland Darwaza is one of the famous buildings present in Fatehpur Sikri.