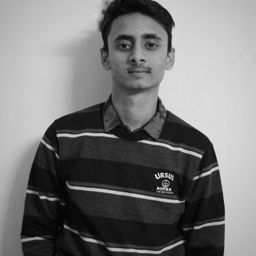 Brain computer interface is also known as the neural control interface, mind machine interface, direct neural interface, brain machine interface. This interface is used for the direct communication through wired brain and an external device. Brain computer interfaces are generally used for researching, mapping, assisting, or repairing human cognitive or sensory motor functions. The research on BCI is still been going on and the research started in 1970s at University of California, Los Angeles with the grant from National Science Foundation. The BCI research is primarily focused on neuroprosthetics applications that aim at restoring lost hearing, sight and movement. After many years of animal experimentation, the first neuroprosthetics device could be seen in mid-1990s.

Our brains have millions of neurons which are connected to one another through dendrites and axons. Every time we do any work or we think our neurons work. The work is carried out by small electrical signals from one neuron to other neuron as fast as 250mph. The difference in electric potential that is carried by ions on membrane of each neuron creates the electric signal. The path that the signals take are insulated by myelin (insulating layer or sheath that forms around nerves). These signals could be detected by scientists and can be used to direct to the device of some kind. On the surface of the brain skull or on the gray matter of the brain electrode is implanted to get higher resolution signal. This way reception of electrical signals become more possible and allows placement of the elctrode in an appropriate area. Many problems are involved in it, however it requires surgery to implant the electrodes. If the device is left in the brain for long-term,it tends to cause scar in the tissue and thus ultimately hampering and blocking the signal. The electrode measures the differences between the neurons. The measured signal is then amplified and filtered, and then it is interpreted by computer program, the signal patterns is then taken up in the sheet of paper. The most exciting thing of BCI is that it can be controlled by thoughts and which is amazing. This could be very helpful for severely disabled people to function independently. The signals that travel through the neurons can be imaged only with the help of BCI and this could the huge step in imaging technology.

Learn About The Brain In A Fun Way