The Survival Of Love. 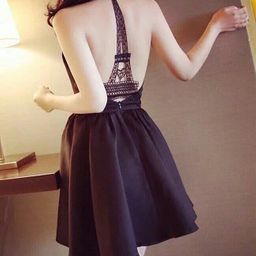 Pradyumna a 23-year-old military soldier struggled in his life and became a bomb disposal expert in Indian Army. In 2015, Pradyumna was severely injured after the explosion of an improvised bomb in Delhi. This was the turning point of his life, the explosion took all his limbs and changed his life forever. While recovering from the injuries Pradyumna was confronted with the realization that he has lost his limbs. He knew the fact that he had to be dependent on assistance for the rest of his life. It was an incredibly difficult situation for both, his family as well as his girlfriend Vipashana, whom he was dating for 7 years.

During this incredibly challenging time Vipashana became Pradyumna's pillar in life and helped him recover and took care of him instead of ever giving up on him. She played an important role in Pradyumna’s quick recovery and never was always by his side. Like a mother who teaches her child to walk, Vipashana assisted Pradyumna to walk again with his new prosthetic limbs. After Pradyumna had recovered, he proposed to his beloved girlfriend and they got married.

When everything was like a synchronous playing melody. Life played well, and there love was again to be tested. On the way to her office Vipashana had a car accident, she was so injured that she fell into a coma. Years passed but Vipashana didn't recover and Pradyumna did not stop visiting his wife at the hospital. It was the time when almost everyone including the doctors, had given up hope, he remained faithful that she would recover one fine day.

Every day Pradyumna visited her, he began talking to her, and recounted all those beautiful moments and memories they spend with each other. He started showing her pictures, in the hope that she may recover, but all in vain.

One day, he showed her their wedding day video, on seeing this. She responded after seeing the video and slowly began to move her hand. She was conscious and whispered his name after several weeks. She had fully recovered and was finally discharged from the hospital. When the couple left, Vipashana confessed Pradyumna, that it was his voice which was the greatest aid for healing her and return to consciousness. This beautiful ending of an inspiring love story shows that nothing can ever stand in-between to people who intensely and eternally love each other.