Admission 2019: Cut-Offs Reaching As High As The Burj Khalifa! 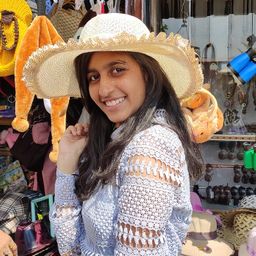 Students all over India have just become relieved by giving their Class 12 Board Exams and other entrance exams. But now comes the most crucial phase for both the students and their parents : Admission in colleges. While over 31 lakh students appeared for CBSE Class 12 Board exams 2019, admission in best colleges is a dream come true only for a handful of them. With around 10 students scoring 99.4% (497 marks out of 500) or above, these Board exams appear to be a cake piece nowadays! Even a percentage as good as 95% is considered to be normal.

Since so many students are able to score such good marks, cut-offs are expected to rise by each year that one day we will see them closing at 100%! This is creating a lot of problems for even those students who worked very hard but somehow were able to score only around 90%. When it comes to think about taking admission in one of the most prestigious universities like Delhi University, it remains just a dream.

Shri Ram College of Commerce or which we call SRCC released its first cut-off list for B.A Economics Hons. as 98.75% for Unreserved category and around 94-95% for other categories. With similar cut-offs being released in the first round, students have to settle for any college or any course which they are getting admission into. Another problem which arises is that there are so many students to enrol with less seats available. Because of this reason, many colleges have closed their admission just after the release of first or second cut-off.

Parents of students who are not able to get admission anywhere are tensed and are looking for other alternatives leaving their jobs aside. Situation is such that a student who has scored 80% or so is considered as below average but people just do not realise what it takes to get such a percentage. If a student has got less percentage in one exam, it should not decide his/her capabilities or talent.

What should be the system is that these students should be given another chance to prove themselves through some separate interviews or exams. There is a provision of separate entrance exams for certain colleges but they also consider certain weightage of Board percentage which again rules out such students.What is more important is that every student should be entitled to get admission in a course of his/her choice and should not be judged only on the basis of just a few subjects and percentage.

"Knowledge is real knowledge only when it is acquired by the efforts of your intellect, not by memory."

My College Experience (Being In A Girls College)

Why Does Our Education System Requires Revamp

Wanna Study Engineering ? Are You Sure ?