Your Nutella Is Killing Orangutans 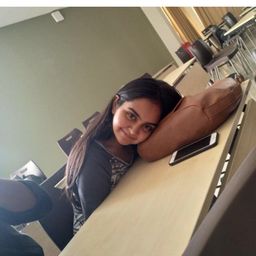 Your favourite Italian chocolate-hazelnut spread is suspected to be responsible for the endangerment of Borneo Orangutan monkeys.

Nutella’s active ingredient Palm Oil is the culprit here. Palm oil is a vegetable oil extracted from the palm trees. Its favourable properties have made it a favourite among multinational companies. From your soap, shampoo, detergent, lipstick to biscuits, nutella, instant noodles, chocolates all contain palm oil in them. Multinationals including Pepsico, Unilever, Nestle have been using palm oil in large quantities in their products and as a result, almost 70% everyday products in your house contain palm oil. How do you believe these companies manage to get all the palm oil without any worries?

Your standard answer would be “by growing more palm trees”, so why is growing trees a problem? in case you forgot, the number of people on this planet is abundant but the land available is limited so if the huge demand for a crop needs to be met, new land can’t be magically created but the already existing land can be cleared for these plantations and this is where the trouble lies. Palm Oil plantations are done by clearing large areas of rainforests situated in Indonesia and Malaysia, the two which countries also happen to be the largest suppliers of Plam oil all over the globe. The rainforests in Borneo (Malaysia) and Sumatra(Indonesia) were home to Orangutans, but the deforestation of these rainforests snatches away the habitat of these apes and they are forced to move away to nearby villages where they either die of starvation or are hunted down by the people who see them as a threat. Thanks to your love for Nutella, or rather Palm oil, Orangutans are now critically endandered.

The RSPO i.e Roundtable on Sustainable Palm Oil is the body that ensures availability of deforestation free palm oil. In 2015, French environment minister urged people to stop consumingNutella because it contains palm oil which is killing orang-utans. And ever since these allgeations began, Ferrero group has been trying to do its best to appear as an environmental conscious company. UK’s supermarket giant, Iceland has already taken a step against aplm oil, the company pledged to cut down the use of the oil in its own-brand products.

On the bright side, WWF has been working in Borneo and Sumatra to save orang-utans conserving orangutan habitat, antipoaching, promoting sustainable forestry and agriculture, and halting the pet trade. What we as consumers need to do is avoid produst with palm oil and research to be as much concerned about palm oil in your products as much as you are for gluten or fat in yourproducts.

What Is Aromatherapy And Its Benefits!

About Cbd As An Organic Natural Supplement

Praveen Shankar
Praveen Shankar
131 views
L M N  •  2y  •  Reply
It's a good start, but do proofread it before publishing. It really does go a long way to give legitimacy to your writing if it's not riddled with obvious typos, such as "yourproducts" right at the end, and capitalisation issues such as "nestle" (Nestlé) and "Palm Oil" (just "palm oil"). Also, orangutans are apes, not monkeys. There *is* a difference. ;)
Kesar Rana  •  2y  •  Reply
Cool
M  •  2y  •  Reply
Your writing is amazing . Please check my one out too.