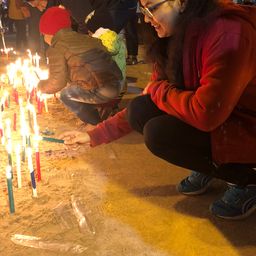 The amalgamation of various trends, ideas and customs are involved in the formation of a culture. Borrowing, modifying, following traditional concepts and introducing a new modern touch constitute any culture. Therefore, to standardize culture i.e to make it conform to a set standard, to make it uniform is not possible. This series about standardization of culture would consist of three parts- food, language and Indian History

The first area of concern is food. Food, the way it’s prepared, the ingredients used, the way it is eaten and the occasion on which it is eaten is dynamic and ever-evolving and thus can not be standardized. The traditional food of India is widely appreciated for its remarkable usage of herbs and spices. Moreover, India has borrowed heavily from all over the world. A recipe from that country, a spice from another, have contributed in bringing diversity in India’s culture in terms of food, as mentioned by Nandy in his article, “India’s diversity and uniqueness in the matter of food owe their vivacity to a certain cultural openness to the strange and the unknown.”[1]Common kitchen spices such as chilli, garlic, ginger and turmeric have been borrowed from outside India. Everyone’s favourite Biryani is supposed to have come from Persia. Even Idli, the identity of south Indian cuisine has not been spared and has been compared to a Chinese rice ball. All these borrowed food items have been modified and altered to suit the Indian taste buds. One can take the example of “Khichdi” a simple combination of rice and lentils. Khichdi has dozens of variations in the world history of food, not only in the ingredients used in it but also the way it’s spelt. It finds mention in verses as well as Indo-Persian cookbooks; two such recipes are Khichṛī-i Gujarātīand Ḵẖulāṣat-i Mākūlātu Mashrūbāt. This simple dish has also got its own complicated version called Khichṛī Dāwud Ḵẖānī which involves the use of spinach and hen’s eggs connoting an Iranian connection. Even within India, the cuisine has been majorly divided into North Indian and South Indian cuisine which is reminiscent of unity in diversity.

When it comes to Fast food, once again western snacks such as patties, cutlets and omelette were adopted as early as the 19th Century and were “Indianised”.Such Indianisation of Foreign food items continues to this day making India quite famous for its unique multi-cuisine. As Nandy puts it, “In the world of food, too, the Indian genius has been in the management of chaos, celebration of diversity and orthogenetic transformation of the exogenous.”A very interesting example of such diverse cuisines is the “Indian Chinese.” Since Chinese is the most popular foreign cuisine in India beating Thai and Italian. Over time, Indians have created their own version of it, using Chinese cooking techniques and adding new flavours. This resulted in a not-so authentic Chinese food prepared with Indian ingredients to please our ‘desi’ palates. So, today we relish on our favourite Chinese dishes which are completely unheard of in the land of its origin, such as Vegetarian Hakka noodles, Veg Manchurian, chilli chicken and the list goes on

Food serves as a cultural marker of status, taste, and cultivation. It can be a source of celebration such as the auspicious ceremony of a child having food for the first time (anyeprashan). On the other hand, it can also be a source of misery, such as in the case of survivors of the partition of India.They would talk about the jars of pickles and jams they had left behind, in the hope of collecting it afterwards. Therefore, this discussion reveals that culture in terms of food has variations, different styles and is ever-evolving to suit different taste buds and thus, cannot be standardized.