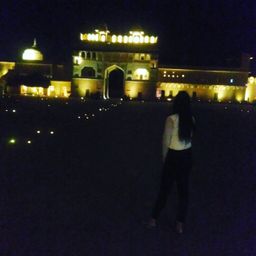 "Journalism is what maintains democracy. It's the force for progressive social change"

India is such a large democratic country, and media plays a important role in democracy. Media here considered as one of the important pillars of democracy. If we take a look from past TV news channels has evolved from a single channel Doordarshan, to a total number of 397 news & current affairs channel in 2014, most of which broadcast 24/7 news bulletins for their viewers. With the presence of these many competitors there's cut-throat competition. For big media houses higher TRP ensured sustainability which led to an increase in company's profitability. This has shifted the focus from delivering the credible news to sensation. Journalists take advantage of emotions, love and sentiments of Indian people as their agenda to spread some news and create it a sensation among public.

How was journalism earlier

In the beginning news channels were considered as a credible source of ground reporting that provided 'information' to public. The inferences and judgment part were left to the creative thinking of viewers. But presently this scenario doesn't exist. Journalists and anchors instead of just serving the information and reporting, also give their personal views regarding the motion and against so, for viewers there exists very little space to think on their own. Anchors of debate act more like judges rather than mere mediators. The shift of media houses towards certain political parties and corporate houses use them to increase their vote bank and market value respectively.

Social media in journalism-internet especially, the social media has re-defined journalism. More and more people are giving preference to social media to have a look at daily news or referring to social media for breaking news. The social media serve as a platform to post own public views and further to read about different current issues. Also the prevalence of whatsapp group chats, blogging, facebook and twitter has give rise to citizen journalism where in even a common man has an option to report, criticize and comment on topics. This has made traditional media more accountable about what they broadcast, similarly this has also led to spread of false news among public.

To curb negativity of social media

To be taken as example, an effort to stop the spread of fake news, Whatsapp announced that users around the world would only be allowed to forward messages to a maximum of five contacts or group chats, as from previous limit of 20. As the case to be considered of national elections in April and May, India's political parties are pouring money into creating hundreds of thousands of whatsapp group chats to spread political messages and memes.