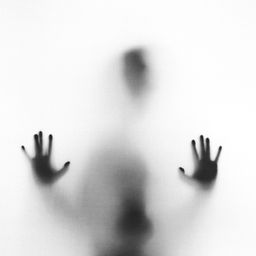 So, what is language? It is the method of human communication, either spoken or written, consisting of the use of words in a structured and conventional way. Using language we are able to transmit knowledge across minds, make it reach across the vast space and time. There are about 6500 languages spoken around the world. And all the languages differ from each other in a variety of ways. So the question is- does language shape the reality? Do speakers of different languages perceive reality differently? Human beings have been exploring the realm of languages since ages and today the research in the field of linguistics and cognitive sciences is revealing some of the remarkable facts about language.

The Kuuk Thaayorre people is an aboriginal community in Australia and what's really interesting is the way they have used their language that shows how magnificent and extraordinary human mind and body are. These people don't use words like 'left' and 'right' but instead state everything in cardinal direction- north, south, east and west. Even the way they greet each other is influenced by their heading direction. So, when we think how hard it is to stay oriented in that way, the children in Kuuk Thaayorre could easily tell the directions. The question that arises is- Is it possible for the language to push us or inhibit us in realizing the full potential of the human mind?

One of the many different ways a language differs is how it divides the color spectrum. Some languages have lots of words for colors, some have only a couple words, "light" and "dark." And languages differ in where they put boundaries between colors. So, for example, in English, there's a word for blue that covers all of the colors, but in Russian, there isn't a single word. Instead, Russian speakers have to differentiate between light blue, "goluboy," and dark blue, "siniy." Russian speakers are faster across this linguistic boundary. They're faster to be able to tell the difference between light and dark blue.

Another way the languages differ is how every noun is assigned a grammatical gender. For example,the sun is feminine in German but masculine in French. Consequently, German speakers think of the sun as more female-like and French speakers think of it as more male-like. So, languages do impact the way we perceive different objects in our surroundings.

Terminologies Of Language In Society

How To Be Fluent In English?

What Is Your Language Of Love?

Theory Of The Color