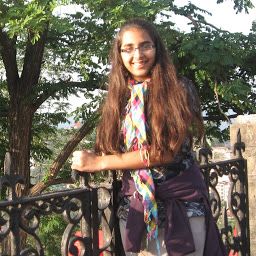 He was just 22 days old when she first saw him, shining white, fluffy and round just like a snow ball. Her heart just melted there, awestruck she said “I really want to take this puppy home”. She was just 10 years old but while taking care of him, she was pretty much like a mature person. Taking him for a walk, giving him food and water, teaching him new tricks became a part of her daily routine. She grew, so did he, they made amazing memories. He tore clothes and she covered up for him. He ran out to fight with dogs to protect her and she was always behind him with a stick to rescue him.

It is just so strange, how this dog, who cannot speak became so close to her. How could he understand her better than anyone else? How did he appreciate all she did much more than any human? How did he welcome her with that wagging of tail and high jump each time she came home? How is it so that dogs are more attached than humans? How are they more loyal and sacrificing than anyone alive?

Years passed and this love just grew with each passing day. Then came the numb wave of realisation and a thought just kicked in, one which couldn’t be suppressed even after hundreds of tries. The expected life of these dogs is between 10 and 15 and he had already turned 9.

Now each goodbye just seemed heavier. Each movie with a dog made her cry. Each article made her pray. For her, losing him would be the hardest part of her life. A quiet girl, who doesn’t mix up so well had found her best friend in that one living being.

She was now in college, far away from home but she was scared. He was getting older, his energy was low now. He needed rest even after a short walk. He had begun eating less. She lost her strength as he lost his. But even today, her visit home is to see him happy and walking around in his special style and each of her prayer involves his well-being. While his eyes always seek her face, expecting her back.

If this is not love, if this is not attachment, what is? Beyond all the materialistic things, and much beyond the forceful relations, there lie relations like these, pure and the one to take inspiration from.

If You Are A Dog Person