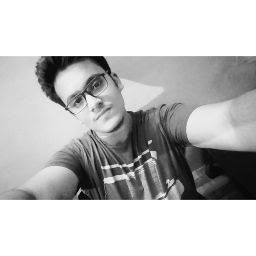 “You will become antisocial,” declares 13-year-old Rohan’s mother. The teenager stays awake till late in the night, hooked to his XBox and sometimes interacts very little with his family. His mother is exasperated by his obsession with the world of gaming. She worries that her son may start displaying violent behaviour and a lack of social skills because of constant exposure to video games.
Is our fear of the adverse effects of computer and video games real? There is research pointing to both the positive and negative effects of gaming. While some games are non-threatening and can improve concentration and creative skills, violent, dark games may foster an appetite for violence and destructive behaviour. Many of the concerns that parents may have about the adverse effects of television are also true for video games -- in terms of violence, minimal physical activity, sedentary lifestyle and so on. In fact, the “it will melt your brain” theory may hold some truth as recent research has shown.

What Studies Say
A recent study by researchers at the Université de Montréal and published in the journal Molecular Psychiatry reveals that certain video games can do more harm than good. According to the study, shooter games were found to cause damage to the hippocampus of the brain and video gamers who were examined as part of the research, had less grey matter than their counterparts who did not play these games.

In an article in Psychology Today, Samantha Smithstein, Clinical and Forensic Psychologist explains that for young people who struggle with social skills or lack the skills to play team sports, video games entertain and level the playing field. “Young people with little athletic interest or ability have an opportunity to compete in a different way and to form friendships with like-minded gamers,” she says.

But here is a word of caution -- recent surveys have shown that children, especially teenagers spend an average of almost an hour every day on video games, with some being engaged up to three hours. This can interfere with sleep, playing outdoors and studies.

“If a young person spends most non-school hours on the computer or hand-held device or phone, is falling behind with assignments, has worsening grades, is overtired, lying about frequency of use of electronic media, irritable when not using electronic media and choosing these activities overseeing friends, then the child has a problem and needs help,” adds Dr Samantha.

So, to put it in perspective, we list out the various effects of video games on children --

1.Can improve focus in children with a short attention span
2.Develops better eye-hand coordination
3.Can boost imagination and sometimes be educational
4.Develops the spirit of healthy competition

1.May promote violent behaviour
2.Can cause some damage to the brain
3.Hampers social interaction with the outside world
4.Physical inactivity can lead to health problems

Aparna Rao Vaaram, homemaker and mother to an 11-year-old boy and a teenage girl says -- “My daughter is not interested in gaming but my son likes playing video games once in a while. I do not object to games, which make children think, use their imagination or work out a solution. But I don't allow him to play games which have violence because those images keep playing on their mind. Also, we limit the screen time and PS4 is only allowed on the weekends. I feel even the good games should be played in moderation as they take away the physical activity time.”

Akanksha Deshpande, clinical psychologist and Assistant Professor, Humanities Department at Shri Ramdeobaba College of Engineering and Management, Nagpur, says factors such as duration and frequency of gaming, the nature of games: aggressive, passive, creative; whether the gaming sessions are monitored by parents to make sure to have age-appropriate content in the games; the interface of the games, so that it doesn't cause any damage to the sensory abilities of the children and addictive nature of the games need to be kept in mind, when dealing with children playing video games.

“Playing video games leads to instant gratification, so children can encounter psycho-social adjustment problems and too much dependence on games might distract them from studies and affect interpersonal relations. In case of failure of parental control, in terms of content and duration of time spent in gaming, it is possible that the everyday activities including homework and assignment completion will be hampered. Also, rather than spending time outdoors, playing with real people, the child is often lost in the virtual world of gaming, which in return takes him away from reality,” she adds.

Gaming is definitely not a bane if all the above-discussed measures are taken care of, Prof. Deshpande concludes.

Are Video Games Good For Children?

Lyrics Of The Song Game Over By Viruss