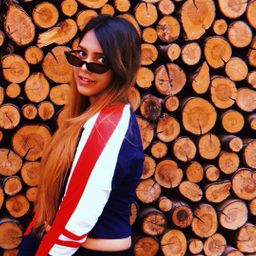 K-pop is a genre of popular music originating in South Korea. The first Korean song I ever listened to was Gangam Style by PSY and it became so famous. There are several K-pop groups of both boys and girls. I love Blackpink and Sunmi and other artists too. But here comes my favorite and I don’t know if I need to introduce them or not.

A little story time. It was back in the days, I guess 2013, I saw a youtube video of a group of 7 boys and it changed my life. You guessed it right, it was BTS. Bangtan boys just perfectly adjusted and made space for themselves in my heart and mind. I did not know what fangirling meant but now I could define it into words I have never spoken. Hearing about them from someone else felt like my heart skipped a beat. They weren’t so famous at that time and I just considered them as my own like I don’t want anyone to know.

Slowly, they started ruling hearts like kingdoms and made a huge fanbase known as an army. And today if you look at the figures, you’ll understand why it’s called an army. Music connects people and you go on the internet anywhere you can clearly see the army being as one no matter you’re from which country or continent. The language wasn’t something that I understood but still sounded like beauty to my ears. Initially, I couldn’t even tell them apart but now if you ask me, oh boy! Just show me a picture of their smile and I can tell who is who within seconds while dedicating a paragraph to each one of them. Having said that, there is only a limit to how beautiful someone can look and they have crossed all of it. Not just their music but their videos are perfect. They have deep meaning and are so different. You look at the background, lighting, hair, makeup, clothes, choreography, synchronization and feel blessed. My favorite video of them has to be Blood, Sweat & Tears.

I remember voting for them from multiple devices just so that they could win the billboard music awards 2017. And they won defeating Justin Bieber with a huge difference, who won the top social artist award multiple times. They have won in 2018 and 2019 as well.

I have to admit that I love Jungkook, V, Jin, Suga, Namjoon, J-hope but Jimin has turned pages for me. All of them are so handsome but having a bias is just another feeling that can’t be described. I have cried and laughed watching their videos and K-pop, for me, will forever be remembered in the name of BTS.

Is K-Pop The New Global Sensation ?