How Men Skin Is Different From Women 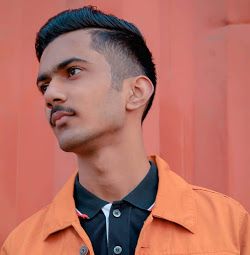 How Men Skin Is Different From Women

skin of male and female are different on the basis of texture, complexion, skin type, etc. Women and men have different body structure, hormone, behaviour and a lot more. Yes, men do have a lot more facial hair than women but their is lot more which make the men and women skin different from each other. Here I am going to tell you some major differences between both the skins.

Men skin tends to have large sebaceous glands in the skin, so their skin produces more oil than Women. Male's skin gland gets larger during the puberty stage as the testosterone level rises at that time. Due to excess oil produced by the men's skin tend to come in the condition of rhinophyma in which oil producing gland gets very enlarged a red swollen nose is a symptom of that, this condition is aggravated by drinking alcohol, so if you are in the same condition you should stop drinking alcohol.

Men produce more oil that's why they need to cleanse the skin twice a day for washing away dead skin cells where women only needs once a day as their skin is also sensitive than man.

Men produce more sweat than women and also have larger glands which block the skin pores giving rise to many other skin problems like blackheads, acne, pimples etc. Women skin doesn't produces excess oil and don't even have facial hair like men that's why they have less probability of having skin problems.

Human skin loses some amount of collagen(a protein for skin elasticity and strengthning ) per year, women start losing more collagen than men after menopause where as men continues to lose the same amount of collagen. Testosterone which is produced in men makes the skin thicker and doesn't let the collagen degrade as rapidly as in women.

If you find it helpful in anyway.

Natural Skincare Tips For Everyone

6 Skincare Mistake Most Of The People Do