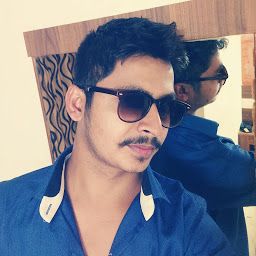 India made its first and effective trial of ‘Mission to Mars' to send a space shuttle to mars. People from all around the world observed this mission with awe and interest.The Mission to Mars was declared not long after China's attempt failed in 2011 as it failed to cross the Earth's atmosphere. Japan likewise attempted this mission in 2003 and failed.The 'Mangalyaan’ was launched on 5.11.2013 from a launch pad at ISRO, Sri’harikota with the launch vehicle PSLV C25. It was in total a 300 day journey of the Mangalyaan from the Earth to MARS. The expense of the program was Rs.450 Crore (Rs.4.5 bn), less than one 10th of US$455 million reserved for a Mars test by NASA.After its successful run India will turn into the first Asian nation to achieve this accomplishment. As of now only USA, RUSSIA, and CHINA have achieved this feat.

Indian space center ISRO has proved that this kind of project can be successfully completed just by investing less money as compared to other space agencies of the world. India will turn into a good example for space programming and different nations may approach India for launching such space crafts.Despite of success of Mangalyaan there is some criticism about this project like-

India is a poor nation, it shouldn't waste such a huge amount of money which could have been spent somewhere else on employment, health, education and infrastructural improvement projects that would straightforwardly help in the development of economy.The Mars Mission 'Mangalyaan' has a long journey of 300 days to finish. It will take around a month to leave Earth's orbit. In the case of any technical error to occur during this phase, then all the spent money will be wasted.The road to Mars is a long one and a number of more innovative attempts still have to take place. If it becomes successful it will give a new platform to scientists. In all cases India will surely strengthen its position in the space world and will confidently respond to its criticism of Mars mission.