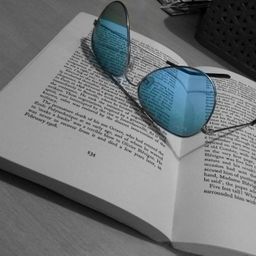 Sigmund Freud (1856-1939) was an Austrian neurologist and the father of Psychoanalysis (a set of theories and therapeutic approaches related to the study of the unconscious mind). His theories brought about a novel approach to the understanding of the human personality. He is generally regarded as one of the most influential thinkers of the 20th century. There are, in total, three museums dedicated to Freud- one is in London, one in Vienna and another in the Czech town of Příbor.

The Freud museum in London is located in the house where Freud lived with his family during the last year of his life. After the Nazi annexation of Austria in 1938, the Freud family came to England. After Freud's death, his daughter, Anna Freud, continued to live in the house situated at 20 Maresfield Gardens until her death in 1982. As per Anna's wish, after her death, the house was converted into a museum and opened to the public in 1986.

The main attraction of the museum is Freud's couch brought from his house in Vienna on which patients used to talk about their thoughts freely, which was termed as the free association technique by Freud.

Freud's study, library and the dining room are located on the ground floor while Anna’s room is located on the first floor. Many areas of the house are inaccessible to the public and have been converted into offices. The museum houses a varied display of furniture, Freud's personal collection of Egyptian, Greek, Roman and Oriental antiques and his library. The collection also includes a portrait of Freud by Salvador Dali.

The Freud museum in Vienna was founded in 1971 by Anna. It is located at Berggasse 19, Alsergrund district, where Freud lived for almost half a century from 1891 to 1938 along with his wife, children and sister-in-law. In spite of his indecisive attitude towards Vienna and frequent travels, he missed being at his home in Berggasse 19 and sent a note once from Florence stating,” I confess that I often think amidst all this beauty that it is most beautiful at home”.

The museum provides a detailed insight into Freud’s cultural environment and the birth of psychoanalysis. The place exhibits original furnishings, the waiting room, original items used by Freud (walking stick, a golf hat, a leather travel bag, a chequered blanket), Freud's private collection of antiques, autographs and first editions of his works. It also contains a variety of photographs, paintings, drawings, sculptures and documents.

The house in Příbor, Czech Republic, where Freud was born, has been turned into an interactive museum. It was opened to the public in 2006 by the then president Václav Klaus and four of Freud's great grandsons.