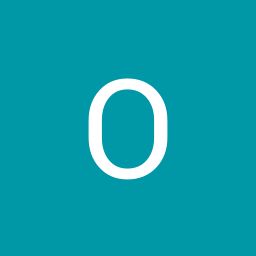 Technology is the backbone of the future. The status quo of the world on technological innovations and development is soaring new heights every passing moment like never before.

A recent decade or two has been the most crucial era for these ground-breaking innovations not just limited to silicon valley but touching even the remotest village in African and Asian continents. The pace of change of emerging technology has globalized world in far effective ways than the macro-policy on socio-cultural levels.

The most dynamic tech innovations from practical quantum computers to a 360-degree selfie, from artificial face recognition to self-driven trucks, from from biological gene-therapy to reverse paralysis almost all arenas of human life are transforming at a dynamical pace. These technologies has made life easier, healthier smarter and more sophisticated by being faster and more versatile. However, they have also been a source to various problems and risks. A recent death of a Canadian crypto head took away with him the key to unlock the investment worth millions of dollars. Thinking at a more broader scale the most primary being increasing unemployment rates, straining in geo-political unrest and threats of superior nations in influencing the course of dialogs, deals or negotiations & also on a more basic level has led to negligence or ignorance of valuable human knowledge and efforts and undermining such human resources.

CONTRIBUTION OF CRYPTOCURRENCY
The write-off of cryptocurrency in this technological maniac is quintessential.
"Cryptocurrency is an peer-to-peer payment network, powered by its users and free from any central authority or intermediaries."These cryptocurrencies are generated using virtual mining operations which includes creating new crypto units using complex problem-solving and huge amounts of electricity.

Earlier in the years, cryptocurrency didn't caught much attention until in 2017 which saw Bitcoin's share price, a leader in the crypto world , soar upto 2000% of its market value. This lightning rise is generally credited to endorsements by celebrities including tech icons like Microsoft owner Bill Gates to billionaire investor Warren Buffet heaping the praise on currency. The sudden rise caused many investors off-guard who invested everything they can in the currency without even knowing much about it. This meant that the mining if the currency may also even fall when uncertainty increases in the market. These cryptocurrencies, likeBitcoin and Ethereum, have helped people make fortunes, also many even have lost money in it. It is a highly volatile pitch to stand on, but people make money through this uncertainties too. The remarkable price crash in the same year 2017 when it attained a benchmark price in share market causing bankruptcy on a large scale and also closings of crypto mines leading to loss of employment and a huge chunk of informal economies in large economies like US and China.

But the popularity of the bitcoin has more broader implications than just over-hyped modernization of the payment system.

NECESSITY OF CRYPTOCURRENCY TODAY
- One of the most fastest, most trusted and preferred way if investment and trading.
- Trading policies and updation of policies on regular basis pertaining to crypto transactions and trading

- a viable, efficient and more convenient and reliable means of transaction
- no need of payment or charge in transaction ; the miners get compensation from the network itself
- no additionalsafety expenses or privacy updations required as high confidentiality is assured
- last but not the least is the complete "autonomy" fir the user where you're the only person who is managing youraccount