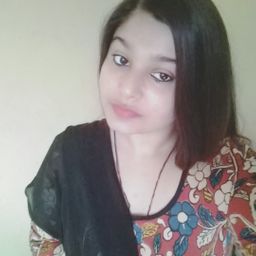 Hindus, as they are called now, were the truth seekers of the old world when everything including spirituality and basic scientific knowledge of being and its surroundings was at its zenith and still flourishing in the tree of Sanatan Dharma. It would not be wrong to say that the culture that originated in India was taken in many ways and there were so many who might not even know the essence of it but had the audacity to correct and even defy it.

So let’s start with the most popular but insensitively put allegation that calls Hindus and their culture a myth based lie. Non-believers, as one may call them for not simply fitting in one’s rituals and religious laws, is a lie told repetitively to the extent that it sounds so perfect even to a person who is born Hindu. The problem lies in the very fact that the basic essence and knowledge of Upanishads(Vedanta) is missing in the mind and soul of today’s generation. Also, one is not well aware of the texts to support any argument or explanation put forward. Consequently, when there is a lack of interest because of the lack of truth in one’s life, that particular subject becomes open to the worst form of criticisms. There is no potential defense left against the accusations of various kinds unless knowledge is gained in the right spirit and with a disinterested point of view.

Further, he explains, “We have (1) the Absolute, (2) God as creative Power, (3) God immanent in this world. These are not to be regarded as separate entities. They are arranged in this order because there is a logical priority. this is the way in which the Hindu thinkers interpret the integral nature of the Supreme Reality.”

The worshippers of a Single God were free to find their way to fulfillment in his manifestations. The poets, the seers the thinkers gave what is one, many names.Agni,Yama,etc. are not the ultimate supreme reality but qualities of the object worshipped.”The Vedic seers were not conscious of some iconoclastic mission. They did not feel called upon to denounce the worship of various deities as disastrous error or mortal sin. They led the worshippers of the many deities to the worship of one and only one God by a process of reinterpretation and reconciliation.”

The very core of Sanatan Dharma radiates the beautiful possibility of acceptance of several ways to reach your own level of spiritual satisfaction.It agrees that there is possibility of many truths which are seemingly diverent to simultaneously exist.It has been tolerant and what we call “modern” , from the very beginning . It never denied The Father or Allah but only seeked to be in unity with Him. The rituals have their own benefits and every religion of the planet has its own.

A religion with a heinotheistic view is much more superior to something that accepts nothing but itself as the only way to achieve what is the best in our minds.One who doesn’t share appropriate knowledge of the scriptures in its right sense can manipulate and stain the message it holds. Hindus are the believers who have from the very beginning allowed various paths towards enlightenment to set their roots in the country.

Corruption, manipulation, lies, and allegations have led many down the path of self-doubt and self-pity. What can be worse than realizing that you are living a lie? In that case, one can only know the truth when one has the thirst of seeking truth and have gentle faith that the foundations of one’s culture are strong enough to accept every logical reasoning, bear and still stand with same strength after thousands of years of dilution.