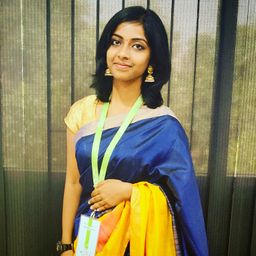 Divine would be the most accurate description of our national chaat sensation, the Golgappa or in other words Pani Puri. It is a mouth-watering dish of simplicity and humble origins. Being an unsophisticated street delicacy, what is it that made Golgappa a culinary celebrity? What is so exceptional about the legendary Golgappa that has made it incredibly consistent and popular nationwide, leading it to become one of the most, must-taste desi foods of all time.

The heavenly taste, of course! The way the puri melts in your mouth, drowning your taste buds in a burst of flavours, the crunch, the crisp, the lip-smacking spicy mint flavoured pani (water) and the assortment of variety in stuffing, takes one on a voyage to Elysium with every munch.

The round hollow puri stuffed with soft mashed potato, crunchy onions, boiled chickpeas, spicy bits of green chilli, hints of ginger and mint, sprinkled with chaat and masala, with a dash of lemon and topped off with a few leaves of fresh coriander is a snack to relish and feel, that Indians have fallen head over heels in love with.

Such a remarkable dish, has an even more unique history to its birth. Let’s not look into the authenticity of this story, as we do not have any proof to classify it as a fact or a myth. But, the tale is indeed fascinating. A small thread needled out of the magnificent garment of grandeur, the Mahabharat, is the story of the birth of our beloved pani puri.

When the epitome of beauty, Draupadi was married to the five Pandavas, Kunti, her mother-in-law, decided to test her newly-wed daughter-in-law. Since the Pandavas were on exile at that point of time, Kunti wanted to know if Draupadi could manage with the scarce resources that were available.

So, she handed Draupadi some leftover, less than a handful of a random assortment of vegetables and little bit of wheat dough enough to make one puri. She went on to direct Draupadi to make food that would satisfy the hunger of all her five sons and give them contentment. And so it is believed that this was the day, the phenomenal pani puri was born. Overwhelmed by her daughter-in-law’s thoughtfulness and skill, Kunti blessed the dish with immortality, and that is what is believed to keep Pani Puri consistent, popular and showered with unconditional love by all of India.

Pani Puri has journeyed its way through all of India, going by different names such as, gol gappe, pani ke pataashe, phulkis, gup chup, tikki, and phuchka. It has explored divergent customized versions of its own scrumptious self in different parts of the country.

No matter how many different names it takes up or how many new tasty customizations it undergoes, Pani Puri, the most utilitarian humble street-snack, remains the material manifestation of the elusive emotion called “simple joy”.

Loved by all class of people, the rich or the poor, Pani Puri has captured India’s heart and will continue to unravel its tasty richness and stay the national heartthrob for all generations to come.