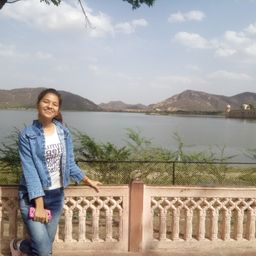 The causes why youngsters take to drug is not far to seek. Curiosity, a pleasure kick or intoxication, lack of parental control, too much pocket money are some of them. Sometimes youngsters take to drugs to gain acceptance in a group, to belong. It could also be a reaction to neglect – a need to be noticed or a total defiance against authority. It may also be due to deep psychological need within a youngster to prove himself. Sometimes the reasons run deeper. Escape from pressures, social or economic, emotional frustration, lack of recreational facilities resulting in boredom drive people to take to drugs.

Sometimes youngsters fall prey to ‘pushers’ - people who regularly supply drugs and constantly looking for new victims. Drug pushers then coerce their victims into theft and all kinds of anti-social activities frightening, but true. “Just this once” is a popular justification for persons attracted to drugs. The user convinces himself that he will not get addicted. But as this dangerous experiment with drugs continues, he becomes totally dependent on them. At first he uses drugs occasionally but then with time the user needs more and more of the drug to experience the same effect. Drug becomes central to the users’ thoughts, emotions and activities. The body becomes used to the drugthat it functions normally only if the drug is present.

The users become alienated from family and friends. He becomes more and more withdrawn and uncommunicative. To support his habit, he needs money. He is caught in a vicious circle and goes to any length to procure money – borrowing, stealing, and lying. The user is reduced to a shadow of his former self. The user experiences loss of weight and physical stamina. Soon drugs again control over the user’s body, his mind – his life.

The addicts start living only to take drugs. Drug abuse when practiced by adolescents leads to poor attendance at school/college, decline in academic performance, loss of interest in games and other extra-curricular activities, sudden unexplained temper tantrums preference for solitude – long hours in bathroom, erratic behavior and confused thoughts.