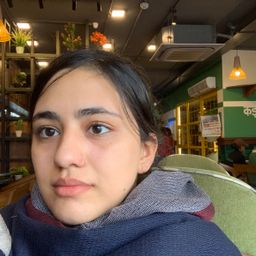 In Freudian psychoanalysis, the pleasure principle is the tendency of an individual to seek pleasure and avoid pain by satisfying the biological and psychological needs. According to Freud the id is the part of the unconscious dedicated to pleasure and base drives. The id rules the personality in infancy and early childhood, and the ego and superego develop later.

The pleasure center of the brain is also called the reward circuit which includes all kinds of pleasures, from sex to laughter to certain type of drug abuse. Since, pleasure is a basic and natural human drive it is clear that all human beings strives to achieve it. Often misunderstood with the term joy. While pleasure is a temporary feeling, joy can be a permanent emotion. This unconscious drive (pleasure) can give us unexpected long term emotional experience of guilt, shame, regret and unhappiness.

Hedonic psychology and affective neurosciences reveals intriguing complexities of pleasure which means that hedonistic philosophy allows one to do anything that brings the greatest amount of pleasure, regardless of any other effects.

Some argue that there’s nothing to be ashamed of, if we enjoy doing something, but does that really happen? As far as culture and morality is concerned in a society where the accuracy of judgements are never questioned, taboos continue to persist and so is the guilt. We sometimes feel guilty for something that gives us pleasure, such as watching a film, a television program, a type of music, food, clothing that one enjoys despite understanding that it is not generally held in high regard or is often seen as unusual or weird. This is result of social conformity.

Sometimes guilt can be the result of bad consequences of a behaviour. A behaviour with a motive to achieve pleasure. Guilt does not threaten one’s core identity, unlike shame that trigger defensive denial. Guilt poses us with a much more manageable problem than shame. It’s much easier to change a bad behavior than it is to change a bad self. According to B.F Skinner, behaviours can be modified.

Hence, according to my opinion we can be a full, unashamed, bold hedonist if we pursue our pleasure in wisdom and unconditional love; the greatest treasure, with all our heart.

Learning To Drive: Tips And Tricks